Fresno police are investigating after a business was burglarized in southeast Fresno.
KFSN 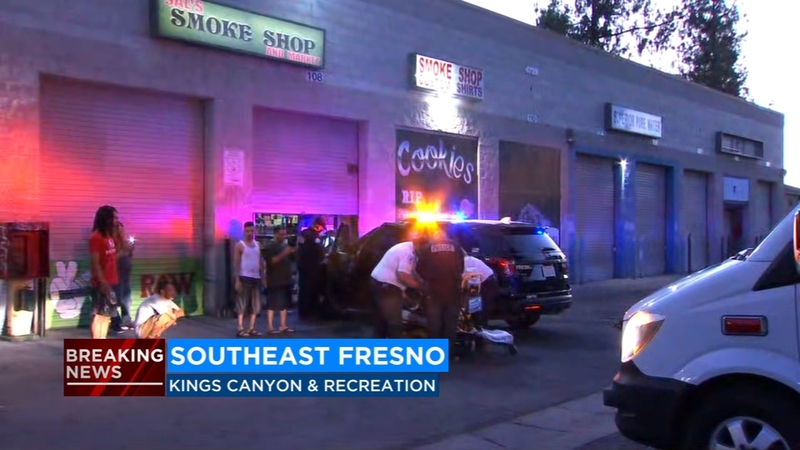 FRESNO, Calif. (KFSN) -- Fresno police are investigating after a business was burglarized in southeast Fresno on Thursday morning.

Officers responded to a burglary alarm the Smoke Shop on Kings Canyon Road and Recreation Avenue around 2:30 a.m.

A hole was found at the top of the roof, officials say. Investigators believed the suspect may have used a ladder on the side of the building to get away.

Moments after officers left, the business owner tells Action News they were searching the building when they came face-to-face with the suspect who was hiding in the rafters.

Authorities were called back to the scene and took the suspect into custody.