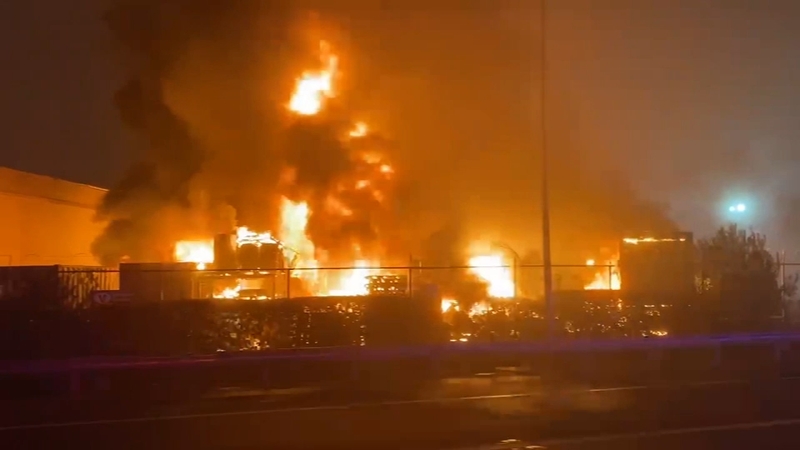 FRESNO, Calif. (KFSN) -- It was an unprecedented year for first responders as record call volume was only part of a list of challenges they faced this year.

"We've blown away all the records when it comes to fire calls," says Fresno Fire PIO Shane Brown.

The department's been recording this data since 2009, but now have a tool on the city website allowing the public to see the neighborhoods hardest hit by fire and the types of calls they respond to.

"I do see a huge spike in homeless-related fires," Brown said. "We have well over 2,000 fires directly related to homeless activity."

The pandemic meant these first responders would have to take extra precaution, wearing PPE while on medical and fire calls, on top of social distancing while at their stations.

"To have a reduction in our workforce due to exposures and people being sick being impacted by COVID could potentially shut down rigs," Brown said.

Over an eight-month span, only five personnel tested positive for COVID. But over the last four weeks, the department has seen 12 positive cases, a reflection of the most recent spike within the city.

The proactive measures to protect those on the frontlines were also practiced with Fresno County firefighters.

"That's the best way we can provide the best public service is if we stay healthy," Brown said.

"Our firefighters are still recovering from those longs shifts and long hours and weeks on duty," Seth said.

Across both agencies, the cold winter months are typically when they see the most fires, typically related to overloaded outlets and space heaters.