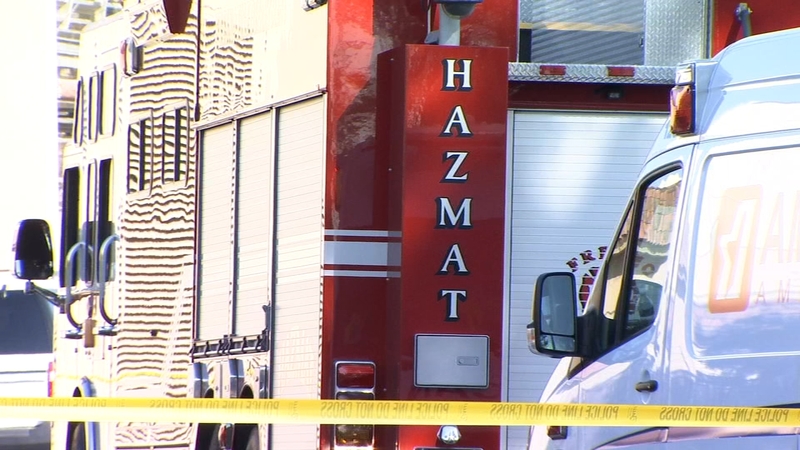 FRESNO, Calif. (KFSN) -- The Fresno Fire Department is investigating a hazmat situation at Fresno City College after multiple students were exposed to an unknown chemical.
Fire officials say the incident was reported around 9 a.m. Thursday.