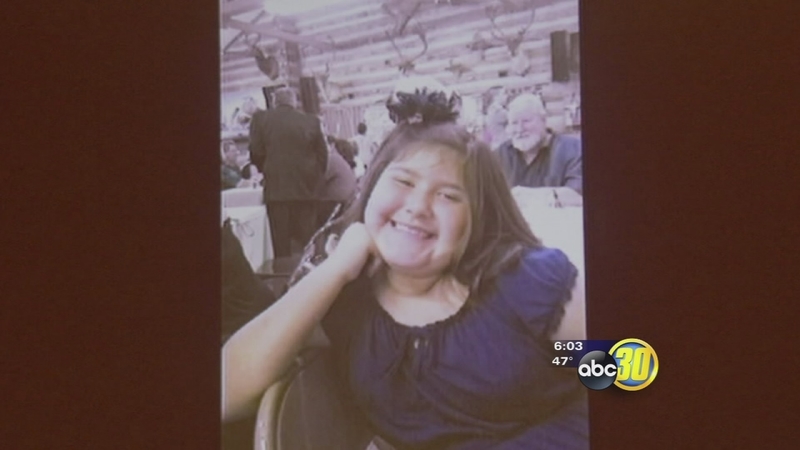 FRESNO, Calif. (KFSN) -- Family and friends gathered for the funeral of a 9-year-old shooting victim on Saturday as Fresno police continue to search for suspects.

Janessa Ramirez had not even lived a decade before she was caught in the crossfire of a gang-related fight. The 9-year-old was hit and killed by a stray bullet last week in front of a laundromat in West Central Fresno.

At a funeral for the child Saturday, family and friends celebrated the short life she lived and the joy she brought others with just her smile.

"Janessa's at peace. She's not going to be hurting anymore, so it gives me peace to know that my baby's going to be OK. She's in a better place," said Stacey Ramirez, Janessa's mother.

An emotional Fresno Police Chief Jerry Dyer was one of hundreds who paid respects to the little girl. He says investigators have received at least 40 tips on this case -- more than they ever usually get.

"There has been a consistent theme on many of those tips that has allowed us to narrow the scope of our investigation," said Dyer.

Community leaders and other donors have raised more than $20,000 as a reward for anyone with information about the shooter. The outpouring of support is overwhelming for Janessa's mother, and she says her family now has an angel looking down on them.

"You know if you think you're feeling down, don't. Smile and remember Janessa's smile; that smile will keep you going," said Ramirez.