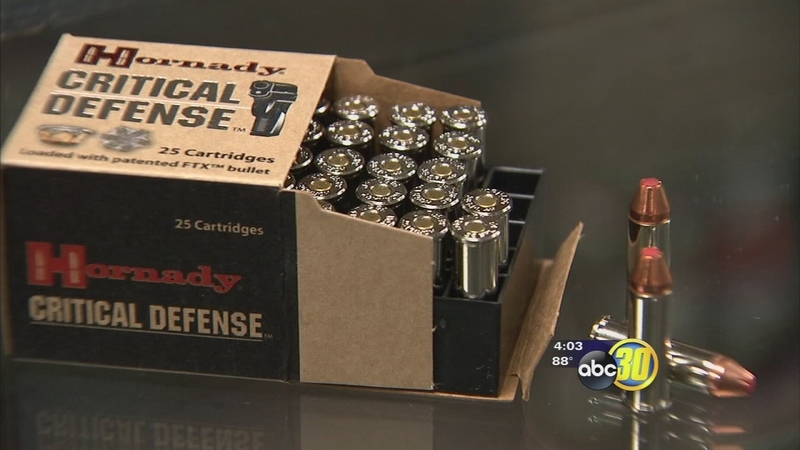 FRESNO, Calif. (KFSN) -- Local law enforcement leaders are speaking out against a gun control measure that could appear on the November ballot.

The measure is called Safety for All and it's being pushed by Lt. Governor Gavin Newsom.

Newsom and his supporters claim they have more than enough signatures to get the measure on the November ballot.

Its main features are a requirement that anyone who buys bullets must be registered with the state and that all sales of bullets and shotgun shells be reported to the state.

Anyone buying a gun already has to register and pass a background check.

The proposed legislation would extend that to anyone buying bullets or shotgun shells, and sporting goods store owner Barry Bauer thinks it's a bad idea.

"I can tell you a lot of people will be totally surprised when they come into my store the day before dove season to get a box of shells to take their boy out dove hunting and find out they have to get a license that takes a month to get," he explained. "That isn't going to work."

Members of several local law enforcement agencies, led by Fresno County Sheriff Margaret Mims got together to speak out in opposition to the proposal.

"Voters should be concerned about passing any additional gun control laws," she said. "These laws will not be obeyed by terrorists, gang members, robbers or home invaders."

In addition to requiring background checks for ammunition purchases, the proposal includes requirements gun owners and gun stores report any thefts of guns or ammunition to law enforcement.

And requires state background checks to tie into the federal system.

It also makes gun owners criminally liable if their weapon was not properly secured and it was stolen or picked up by another person and used to kill or wound a juvenile.