Porge Kue, Ger Lee and Anthony Montes will face the death penalty in the murder trial.
KFSN
By Corin Hoggard 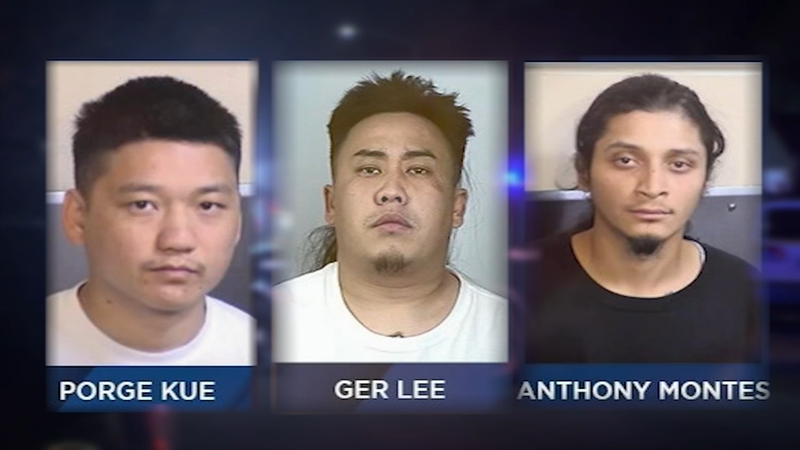 FRESNO, Calif. (KFSN) -- Prosecutors have decided to pursue the death penalty against three of four defendants in the murder massacre at an east central Fresno backyard in November 2019.

"It was a crime that was in the national news," said legal analyst Tony Capozzi. "It was just heinous in the way it was planned out, the way it was carried out."

But having four murder victims - as they do in this case - is one of the factors driving prosecutors to still pursue death.

Kue and Montes are accused of opening fire at an east central Fresno house, killing four people and injuring six others.

Prosecutors say Lee wasn't at the house, but he was nearby and planned the entire operation, seeking revenge for the murder of Randy Xiong earlier the same day.

"The mastermind is just as guilty as the people who did the shooting in this case," Capozzi said. "We just had a case 16 years ago, the Clarence Ray Allen case."

Clarence Ray Allen is the last person put to death in California, 16 years ago this week, for coordinating murders at Fran's Market in Fresno County.

Since his execution, legal issues delayed any death penalties and Gov. Gavin Newsom issued a moratorium in 2019.

He said the death penalty system wasted billions of dollars and a judge's study in 2011 put the cost at $170 million a year.

RELATED: 4 men accused in deadly mass shooting in Fresno back in court

But Capozzi says he can see why the district attorney would go for a death penalty in this case, just in case the moratorium is ever lifted.

"It was just a brazen crime and at some point in time, you have to come down hard in terms of law and order," he said.

The alleged driver for the killers was Billy Xiong, but prosecutors decided not to pursue the death penalty against him.

All four defendants are due back in court next month with their bail set at $24.1 million.