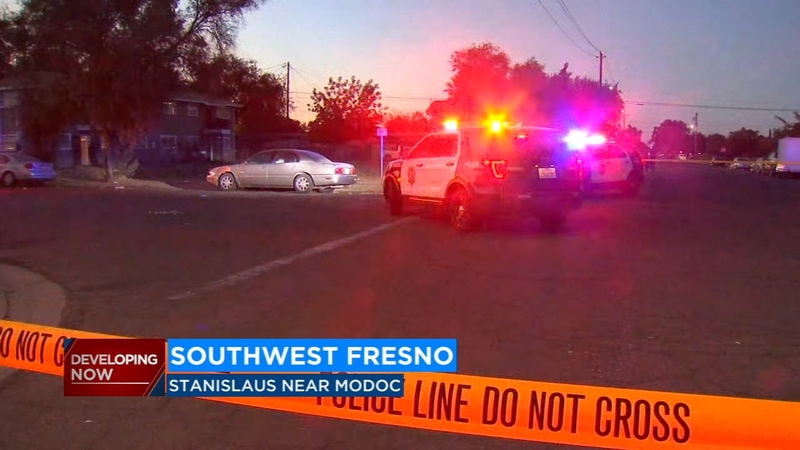 FRESNO, Calif. (KFSN) -- A 20-year-old man was charged with murder after shooting and killing a man in southwest Fresno last month, police say.

Adolph Gilcrease was arrested in connection to the shooting that killed 32 -year-old Dominic Grigsby.

Grisby was shot at an apartment complex on Stanislaus Street near Modoc Street during a small gathering on September 23.

Police say Grisby and Gilcrease got into an argument, and that's when Gilcrease opened fire.

A 44-year-old woman was also shot while trying to break up the fight. She was treated at a hospital and has since been released.

Gilcrease was booked in the Fresno County Jail where he faces murder and assault charges.

Happening now: According to @FresnoPolice 2 people shot near Modoc and San Joaquin, one male has died and a female was transported to the hospital with non life threatening injuries @ABC30 pic.twitter.com/BjJuE9Qkkk