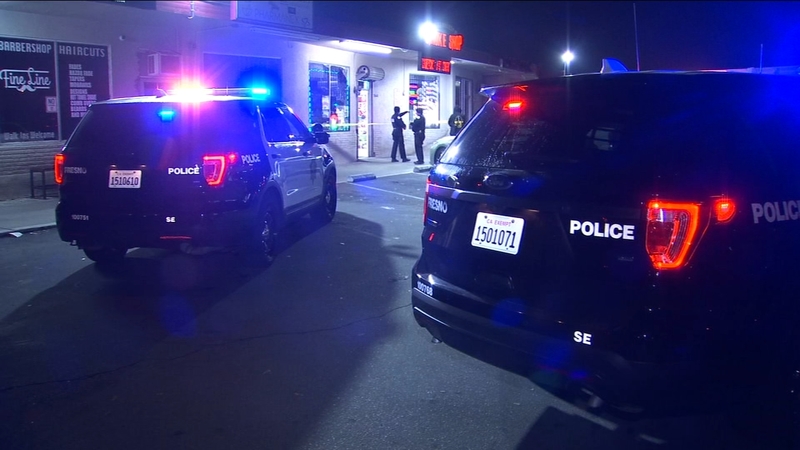 FRESNO, Calif. (KFSN) -- We've all seen the videos of thieves that seem to follow delivery drivers around plucking packages off porches. Those types of crimes are a problem every Christmas. But there's a new trend in Fresno this December.

"Over the last month, we've had nine burglaries at pharmacies where individuals are breaking through the glass, going in, stealing cigarettes, as well as medication and fleeing the location very very quickly," Fresno Police Chief Jerry Dyer told Action News.

A Central Fresno Smoke Shop was robbed at gunpoint Wednesday night on Cedar near McKinley.

The employees were ordered to the ground while thieves rummaged through the business snatching up cigarettes and other items. Before they left, officers say they broke open the cash register and got away with all the money.

So far, in all of the incidents, no suspects have been arrested. But in each of the heists, the thieves are getting away with a lot of valuables. Among them, cough syrups and cigarettes.

Detectives are working to identify and track down these suspects, but it's more difficult when they wear disguises. The latest smoke shop robbery is a prime example.