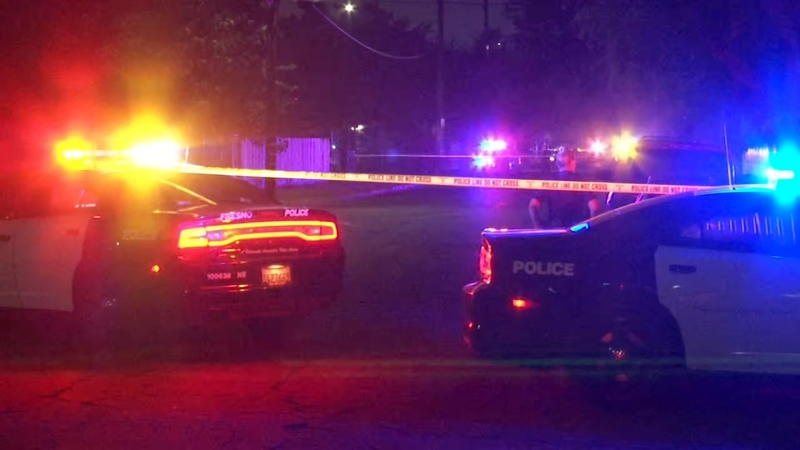 FRESNO, Calif. (KFSN) -- It was a busy night for Fresno police as they're now investigating two homicides that happened just hours apart.

One involved a 17-year-old teen identified as Lance San, who was shot near Barton and Washington on Monday.

The other happened on early Tuesday morning when a 25-year-old man authorities identified as James Roby was shot several times by a suspect with an assault rifle near Olive and Abby.

"The average person should be concerned about the level of violence in our community," says Fresno Police Lt. Steve Card.

This adds to the dramatic increase in shootings the department is seeing, which is already more than double from last year.

Lt. Card can't speak to the two specific cases, but says at least half of the shootings they're seeing are confirmed to be gang-related.

"When we say gang-related, it means these are the individuals we know that are committing the crimes, are involved in gangs," he said. "Doesn't mean they're gang motivated. Could be disrespect, dispute of drug money."

Card says the victims of the shootings are also usually known gang members and targeted.

"It's often gang on gang targets," he said. "The tragedy is the innocent people that get caught in the crossfire. We've had inncocent people get shot where these thugs are shooting."

He adds that many of their known criminals are being arrested and released back into the community due to policies during the pandemic.

"It's the lack of accountability for hardcore gangsters in the community," Lt. Card said. "They're not being held...we had hardcore criminals on parole with assault rifles and they're released in hours."

The homicide investigations team is also dealing with an influx in cases and resources are spread thin, however, the department will be focused on being present in areas seeing more of the crime.