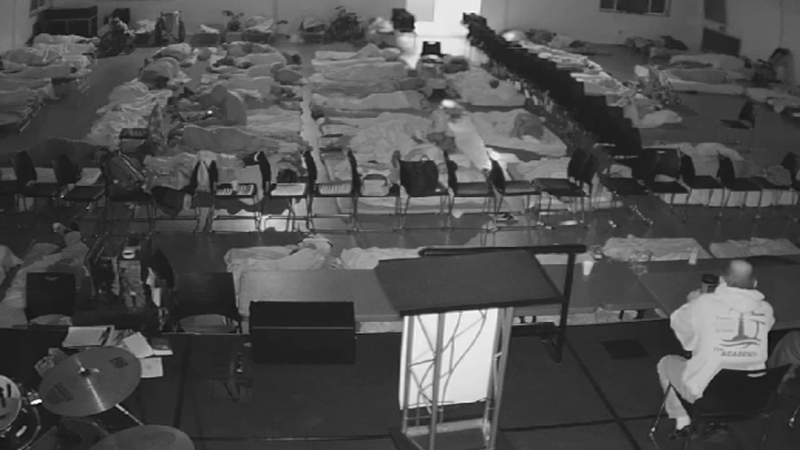 FRESNO, Calif. (KFSN) -- The Fresno Rescue Mission is running low on room but continues to offer shelter from the storm and harsh conditions every day.

The number of people who flooded the shelter Tuesday night was off the charts. Officials say they saw a 25% jump from last week, a number they weren't expecting to see until further into the season.

Matthew Dildine, CEO of Fresno Rescue Mission, explained the situation has made him anxious about what lies ahead for the shelter.

"We had double the amount of people than we actually had bed spaces," Dildine said. "So what happens when that occurs, then we have these overflow spaces, where we put down cots and mats and unfortunately just give them just blankets."

Dildine gave Action News a side-by-side comparison as a visual idea of what they're up against. He showed us security footage from the last two weeks - one, ample with room, and the other, where almost every inch of space was taken. 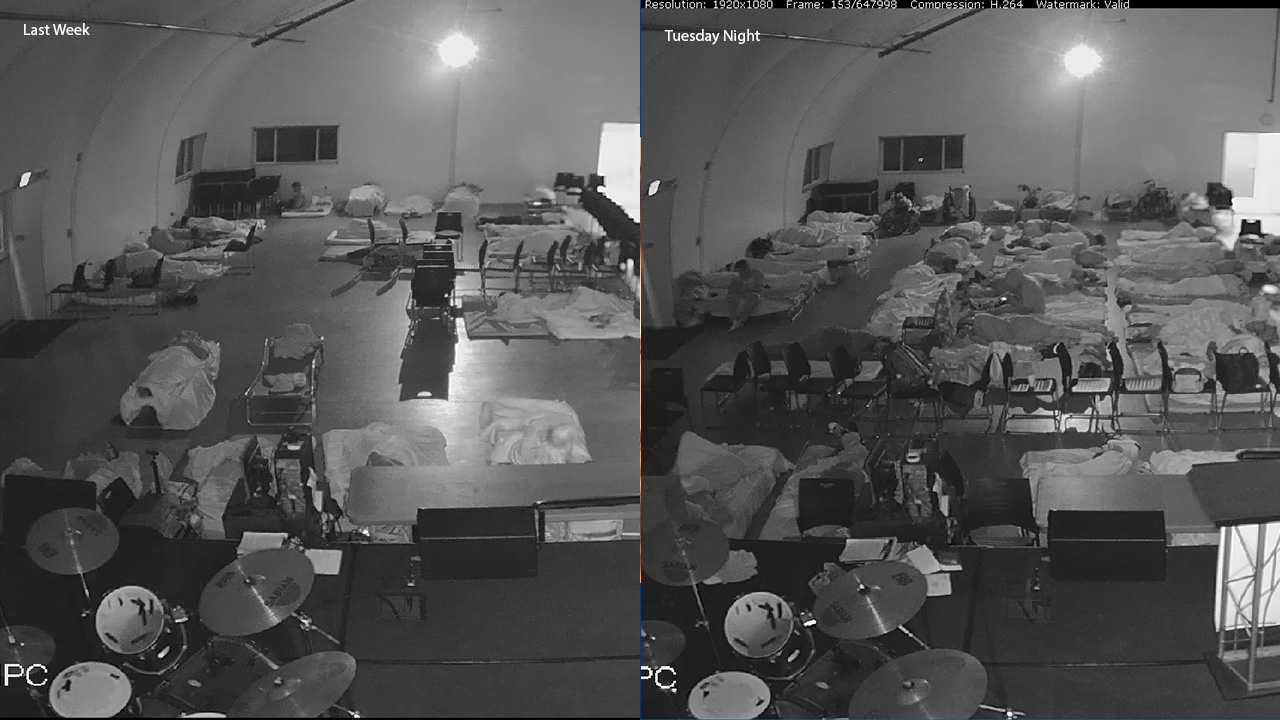 Side-by-side comparison: Officials say they saw a 25% jump from last week, a number they weren't expecting to see until further into the season.

Jessica Garcia is a mom who's been hopping from shelter to shelter this past year and spent the cold night with her family at the Fresno Rescue Mission.

"It was really cold, and I got my three-year-old son in there with me, and it's just freezing, and he wakes up with a nasty cough," she said.

Garcia said her family had something to sleep on and blankets. However, that wasn't the case for many at the shelter. People were forced to spend the night with nothing more than a spot to rest their head due to overcrowding.

"We had everything. It's just after a certain time. There were people sleeping on the floor because we did not have enough mats," Dildine said.