The shooting is now being investigated as a homicide.
KFSN 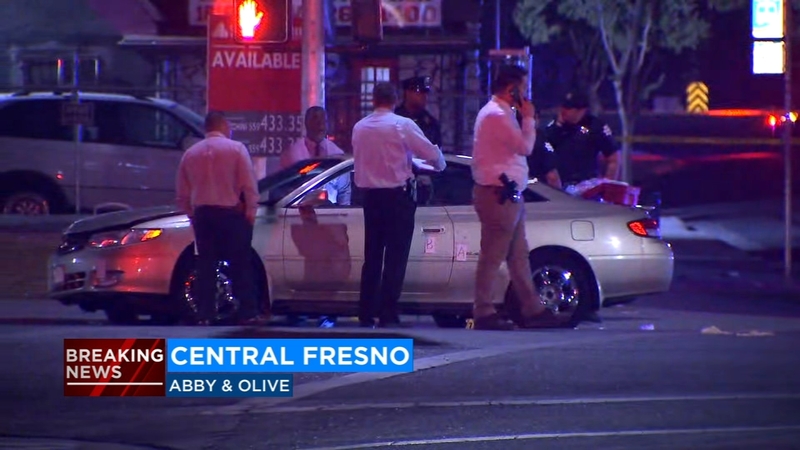 FRESNO, Calif. (KFSN) -- Fresno police are investigating after a man was shot multiple times while driving in central Fresno on Tuesday morning.

Officials received a ShotSpotter call for about ten rounds being fire in the area of Olive Avenue and Abby Street around 3:15 am.

When officers arrived, they found a car pulled to the side of the intersection, riddled with bullets.

The driver, a man in his 20s, had been shot in the chest several times and was unresponsive, police say.

He was transported to the hospital where police say he died 20 minutes later. The shooting is now being investigated as a homicide.

BREAKING: PD tells us the victim has died at the hospital. The shooting is now being investigated as a homicide. @ABC30

Investigators have not yet provided any suspect information, but a witness told officers they saw a man take off on foot after the shooting.

"We know that, according to the witness, we saw the passenger exit the vehicle and flee to the residential area that's to the east. The driver who was the victim stayed inside the vehicle," said Fresno Police Lt. Bill Dooley.

The apparent passenger has not been found, but investigators say they know he was the victim's friend.

Detectives believe the shots were fired from an assault rifle by someone in a second vehicle.

The police will have Olive and Abby closed as they continue their investigation.