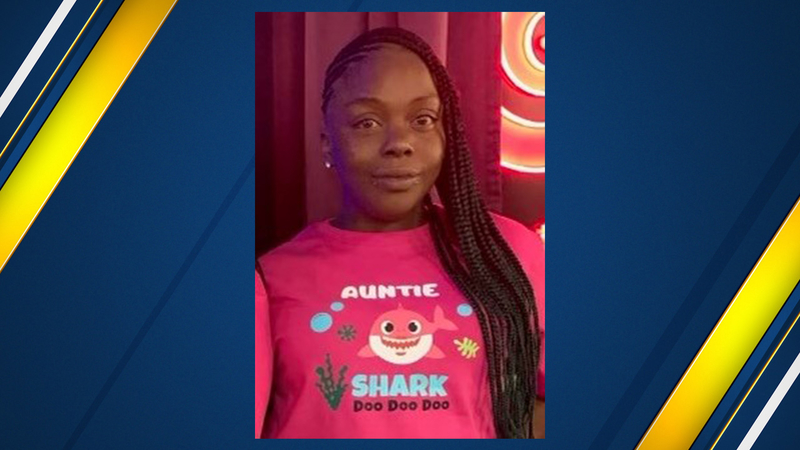 FRESNO, Calif. (KFSN) -- The Fresno Police Department says it has no reason to believe the woman who was shot and killed in southeast Fresno Monday night was the intended target.

Officials have now identified the woman and are looking into whether the shooter may have been trying to target her passenger.

"This particular case resulted in a large amount of gunfire. I can tell you that we received, or collected, upwards of over 25 shell casings on scene," said Lt. Paul Cervantes.

Shattered glass and evidence markers show how many times a vehicle was struck by gunfire Monday night.

Fresno Police say it was around 9:15 p.m. when 35-year-old Monique Horton and her boyfriend pulled into the Ranchwood Condominium Apartments near Winery and Lane Avenues to visit her boyfriend's mom.

Investigators say as they entered the complex, an unknown person unloaded more than two dozen rounds.

Horton was injured and taken to the hospital where she later died. Her boyfriend was uninjured.

Detectives are now trying to determine what led to the shooting.

However, investigators believe her boyfriend, who was also in the vehicle, does.

"I can tell you that he has a storied past -- he does have gang affiliation and to that end -- our detectives are looking to determine whether or not he was the intended target," Lt. Cervantes said.

Investigators are now trying to track down surveillance video and witnesses to identify the suspect.

Officials say the apartments where the shooting happened have been the source for multiple calls for service in the past including homicides and shootings, but since then, more officers have been assigned to the area.

Police said this is the seventh murder so far this year. Last year, at this time, there were 13, so numbers are trending down.

Investigators said they're focused on tracking down the shooter to figure out a motive.

"This is just a very tragic and unfortunate incident," Lt. Cervantes said.