Police say there was some type of exchange between the suspect and the two before he pulled out a gun and shot them several times.
KFSN 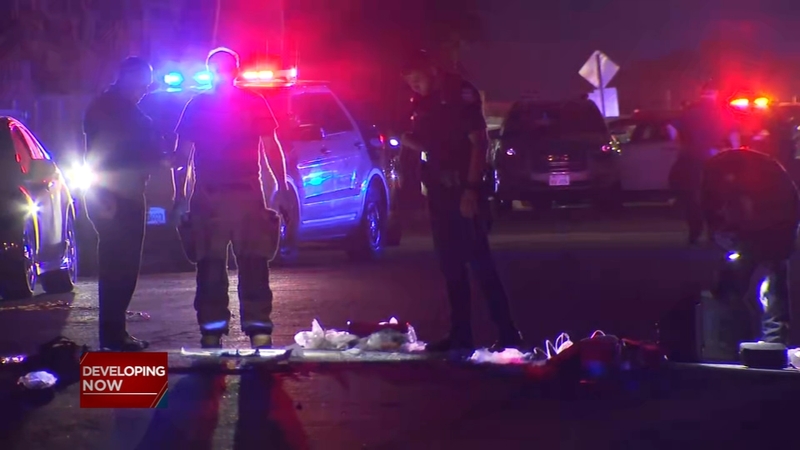 FRESNO, Calif. (KFSN) -- Fresno police are searching for a gunman who shot a man and woman walking through a west central Fresno neighborhood.

Police say the suspect approached the victims near Dolores and Harvey avenues around 9:30 on Saturday night.

Investigators say there was some type of exchange between the suspect and the pair before he pulled out a gun and shot them both several times.

First responders rushed the victims to the hospital for emergency treatment.

The woman is expected to survive her injuries.

At last check, the man was still in surgery.

The victims are both in their late 30s to early 40s.

Police are investigating whether or not they knew their attacker.

"It doesn't appear that this was mistaken identity or anything to that point. There was obviously a purpose for the suspect to confront these two victims. We want the community to understand that these are specifically targeted events, not random acts of violence," said Fresno Police Lt. Skye Leibee.

Investigators spent several hours searching the area for the gunman but he remains at large.