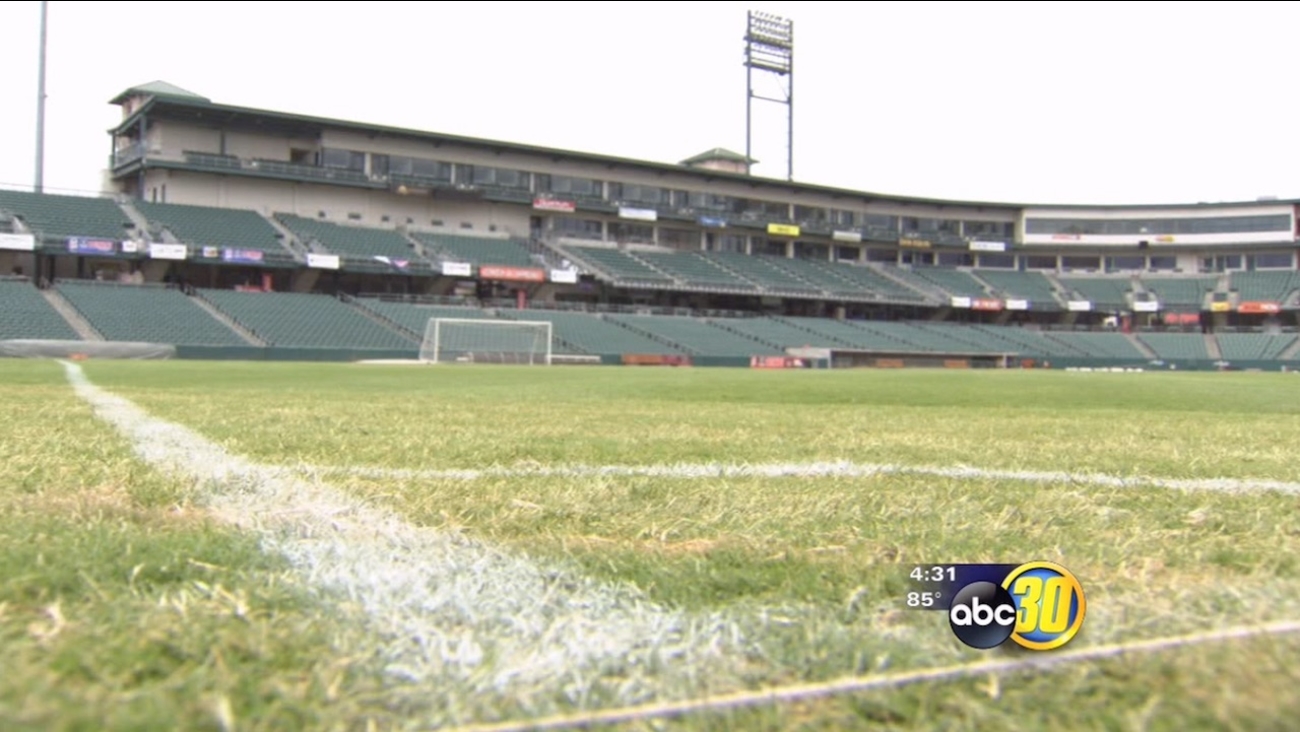 FRESNO, Calif. (KFSN) -- A record crowd is expected for an epic battle between two pro soccer clubs from Mexico on Friday. The Chivas de Guadalajara and Club Atlas will take the field at Chukchansi Park at 7:30 p.m.

The Carillo family cheered outside the DoubleTree Hotel for the soccer club they've followed for a lifetime: Chivas.

"My dad for sure since he was a baby. Me since I was a baby. My brother is starting with his generation," Juan Carillo Jr. said.

The hotel had to secure the lobby area to keep fans from going door-to-door to find their favorite players.

"It has been utterly crazy. People trying to sneak in on laundry carts, people trying to rent hotel rooms. It's sold out. Having meals in the hotel just to catch a glimpse of the players," promoter Fred Godinez said.

Club Atlas is a top-notch squad, but Chivas has a much bigger following in Mexico and in the Valley. Star Marco Fabian was voted in by Mexican fans to appear on their edition of the EA Sports FIFA 16 video game.

Sidelines were being laid down at Chukchansi Park. Soccer goals were on the move, and the Fresno Grizzlies infield has now been filled in with turf. Bleachers are in place to add 1,500 more seats. Over 17,000 fans are expected here for a battle between two Liga MX clubs from the same city: Guadalajara.

As rivalries go, Fresno Fuego General Manager Jeremy Schultz says this one's huge. He said, "We're sitting in a baseball stadium here so I'd go with like a Boston-New York, Boston Red Sox-New York Yankees type of rivalry. This goes back 100 years."

Fans also tried to sneak into the stadium to watch workouts. A large crowd is expected both inside and outside the stadium.