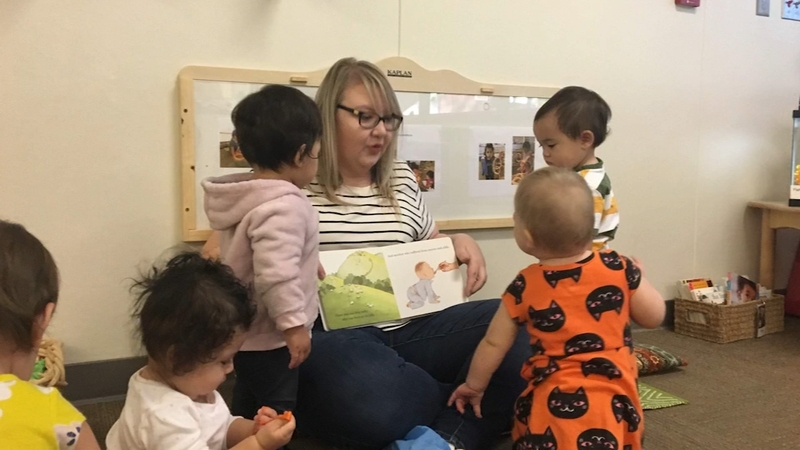 FRESNO, Calif. (KFSN) -- A Fresno State teacher is receiving national recognition for her work with infants and toddlers. Connie Mosher says she knew early on that she wanted to work with our very littlest learners.

"We get to see them grow so much," said Mosher. "They'll come in and they'll barely be starting to roll over or just new walkers, and we get to see them have that burst of language and really start running around everywhere."

Mosher attended Reedley College before transferring to Fresno Pacific University for her undergraduate work, but it was her job at Fresno State that finally made her dream a reality.

After completing her masters at Fresno State, Mosher took over the role of Master Teacher in the Huggins Early Education Center, working in the infant toddler program.

"We really just want to create a safe, loving environment that also sparks their curiosity and that we can explore and research alongside the infants and toddlers," said Mosher.

Her work isn't going unnoticed. Out of early educators from across the country, Mosher received the Helene Marks Award and was named National Child Care Teacher of the Year.