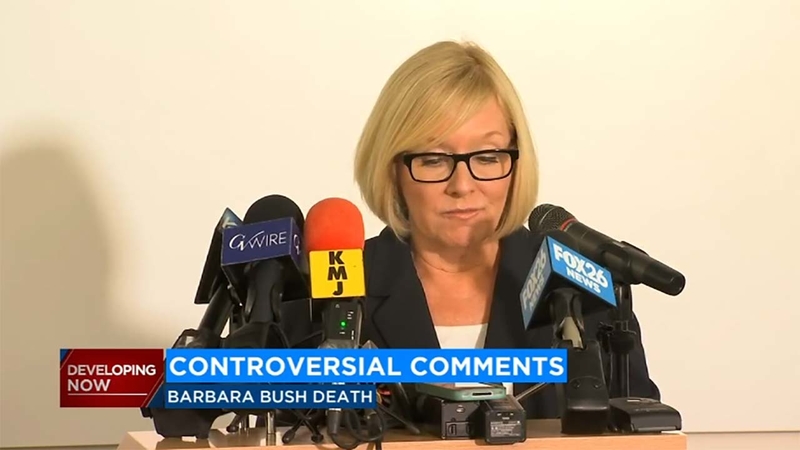 FRESNO, Calif. (KFSN) -- As millions remember the life of Barbara Bush a professor here in the Valley is in trouble for statements she made on Twitter about the death of the former first lady.

Zelezny also said that Jarrar's comments do not align with university values.

Within an hour of the former first lady's passing, the professor called Barbara Bush, "an amazing racist who along with her husband, raised a war criminal."

That tweet generated thousands of replies, including criticism and death threats. But Jarrar didn't back down-- writing "I'm happy the witch is dead. Can't wait for the rest of her family to fall to their demise the way 1.5 million Iraqis have."

Jarrar also appeared to brag about her salary and job security as a tenured professor.

Dr. Zelezney said that Jarrar is not teaching this semester and is on a previously requested leave of absence. She also added that tenured employees are not exempt from firing.