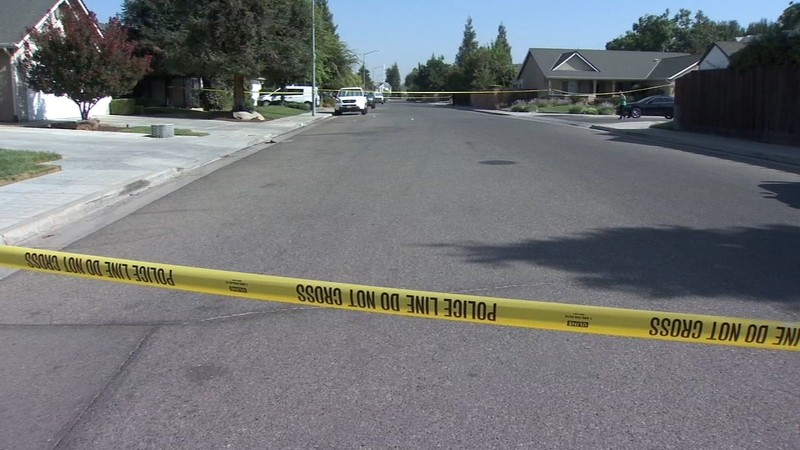 15-year-old arrives at hospital after shooting in northwest Fresno

FRESNO, Calif. (KFSN) -- Police are investigating after a 15-year-old boy was shot in northwest Fresno.

Officers responded to reports of shots being fired in a neighborhood in Delbert Avenue near Polk and Herndon Avenues around 6:00 am.

When they arrived, they discovered two homes had been hit by gunfire. Shell casings were scattered across the roadway.

A short time later, the 15-year-old boy showed up at Saint Agnes Medical Center in northeast Fresno with a gunshot wound to their leg and stomach. His condition has not been released.

Police say the victim was initially uncooperative and it took officers quite a while to link him to the northwest Fresno crime scene.

Now detectives are working to determine what led up to the shooting.

"That's one of the things that detectives will try to identify if the victim lives here, lives nearby or maybe frequents. We don't have that yet. Detectives will be trying to find that information," said Sgt. Diana Trueba Vega.