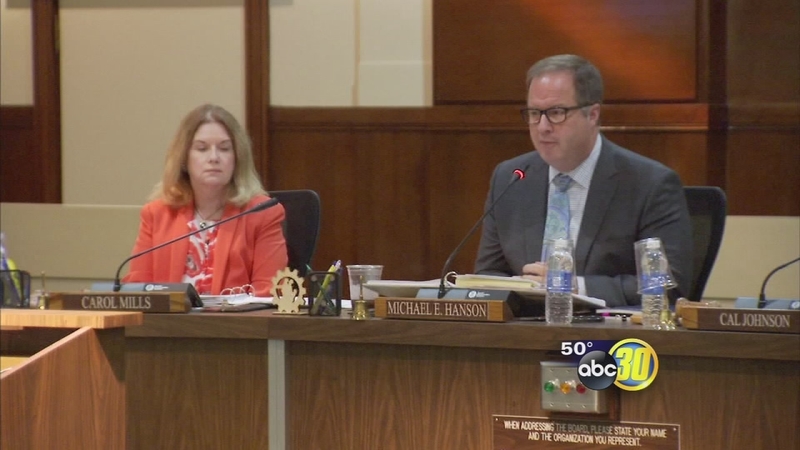 FRESNO, Calif. (KFSN) -- Fresno Unified School District Superintendent Michael Hanson will step down in August and some in the district say they've been divided over Hanson's leadership.

During Hanson's most recent evaluation, two board members gave him a negative review. From leading the school district out of bankruptcy to thrusting it into the center of an FBI investigation, Hanson has experienced great success as well as great controversy in the past 12 years.

Few have witnessed his impact clearer than FUSD board member Carol Mills.

"He's done things that are positive, and there are some things that I've disagreed with him on and some challenges I think he could have handled differently," she said.

Mills and Hanson have both served Fresno Unified for more than a decade. During that time, the district's seen rising graduation rates and test scores. Most importantly, school board leaders say their budgets are sound.

"This district was in financial difficulty and facing a state takeover," Mills explained. "Gaining fiscal and financial stability is something that's happened over his tenure."

But criticism also dominated Hanson's time. In the last two years, various groups have been calling for his resignation with allegations of unethical behavior ranging from document shredding to using a secret phone app.

Trustee Brooke Ashjian was one of his most vocal opponents.

But as the book closes on the superintendent's tenure, his toughest critics only had well wishes to send on Monday, and they chose to focus instead on the district's future.