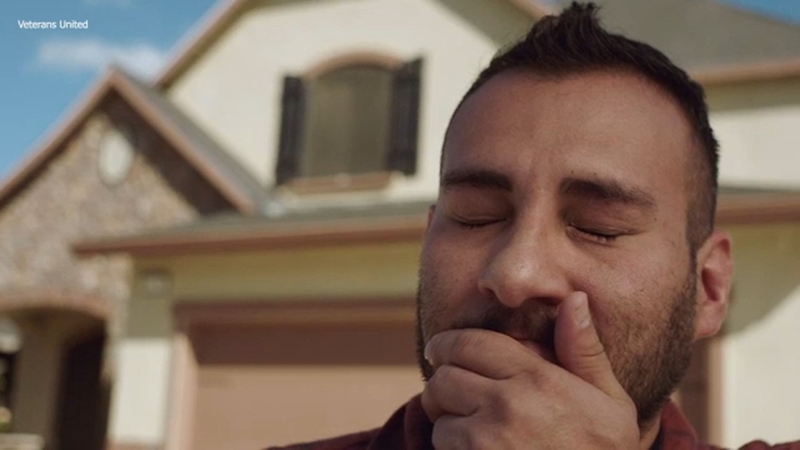 FRESNO, Calif. (KFSN) -- A Missouri-based mortgage lender is taking action to give back to those who've served our country by giving eleven homes to eleven veterans.

One Fresno veteran is now slowly moving into his new home as part of Veteran United Home Loans's #ThanksToVeterans campaign.

Veterans United purchased the home for Samuel Tejeda and his girlfriend.

"Every time I come home from work, and I arrive here, and I walk through the front door, I'm like 'This was given. This was bought," said Tejeda.

He is still at a loss for words but said he is filled with gratitude.

Tejeda served for four years in the U.S. Marine Corps, being deployed twice to Iraq. He said the transition from military to civilian life was tough, which included becoming a homeowner.

Since February, he's been looking for a home, placing offers, but none worked out.

"There was a time where I wanted to put things on hold and just wait for next year," Tejeda recalled.

It was his road to homeownership, plus his contributions to the Fresno community as a self-defense instructor, as well as a health and safety officer at a veterans retirement community, that touched the hearts of Veterans United.

"If we could do one thing today that enhances a veteran's life and their families, their communities for the rest of their life, then that's a win-win," said Pam Swan, vice president of military relations.

According to Swan, communities are better because of the veterans, such as Tejada, who give so much back.

Tejada said there's never been a question when it comes to serving his community.

"I'm never one of those who asks for anything in return," he said. "My thing is helping anyone in need, whenever you can."

He said it's a heartwarming feeling to be recognized, not just for what he did but for what he continues to do.