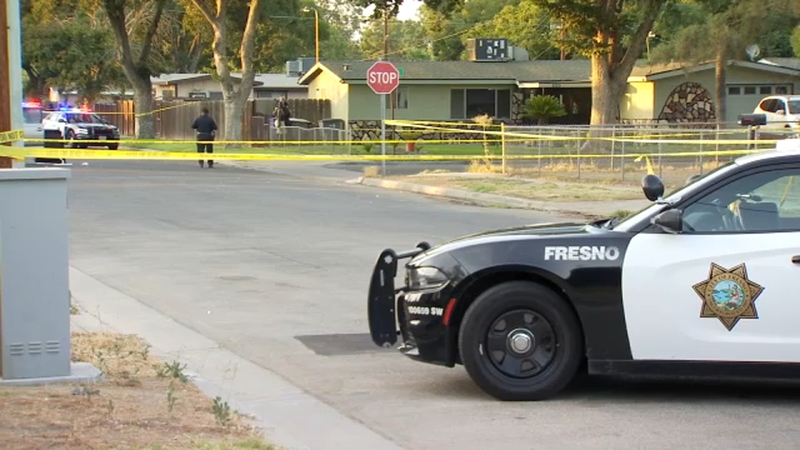 FRESNO, Calif. (KFSN) -- A violent weekend in Fresno has police preparing a new approach in some neighborhoods where shootings have become all too common.

Police say there have been 45 homicides in Fresno this year, compared to 22 at this time last year.

We saw three people die from gun violence in Fresno over the weekend and one just outside city boundaries.

Police are hoping they can stop retaliations and expand peace.

A cousin told Action News she'll always remember Jacqueline Flores as the life of the party when she hit the dance floor.

The 25-year-old died from gunshot wounds over the weekend.

RELATED: Fresno mom shot in front of her 6-year-old daughter dies in hospital

Police believe the shooter intended to hit someone else.

At a news conference on Tuesday, Fresno police chief Paco Balderrama said Crimstoppers had increased the reward for information for that murder to $5,000.

Fresno police chief @BalderramaPaco is briefing the press about the rise in violence in Fresno.
418 shootings so far this year. 315 at this point last year.
40 or so shootings in the last week.
Crimestoppers upped the reward for info in Jacqueline Flores homicide to $5000. @abc30 pic.twitter.com/GEABxkAcK9

Two more deaths followed on Saturday -- at Recreation and Butler Ave. in southeast Fresno and at Bardell and Calwa Ave. in southwest Fresno.

Police are piecing together clues from all three homicides, but admit they sometimes can't convince witnesses to help out.

"We are always aware that a lot of times, citizens are reluctant to provide information," Lt. Israel Reyes said on Saturday after the southwest Fresno homicide. "But we'd ask, you can always call Crimestoppers (at 498-STOP.)"

Shootings and homicides are on a near-record pace in Fresno in 2021.

The uptick started late in 2020 and Balderrama says gangs are playing a major role.

At least one of the victims over the weekend was involved with a gang and community members say they're hearing about a lot of retaliation.

"It's probably easier to take peanut butter off of bread than to stop people from feeling like they're angry when in all actuality, they're grieving," said Aaron Foster, who is hoping to offer a solution.

The city has enlisted his group, Advance Peace, to monitor 16 known shooters and help those young men get out of gangs and into the work force.

Foster says they've been 100% successful at preventing shootings by those 16 people so far.

They're also trying to reach out to people connected to the weekend's violence.

Police may decide the uptick in violence has lasted too long to wait for the community solution.

Chief Balderrama tells us he's meeting with the mayor and city manager Tuesday and he's planning to take a more proactive approach to keep neighborhoods safe.