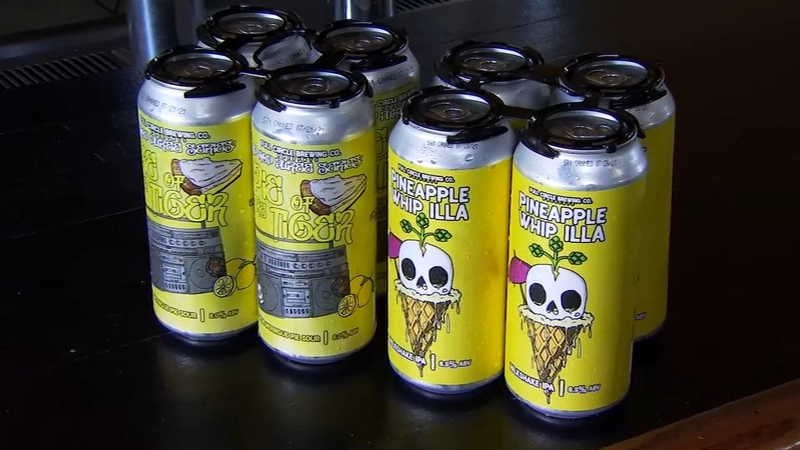 "We have two new flavors. One is in our pie of the tigers series, which is lemon meringue pie. Very delicious, very summery, very light and slightly tart. We have our pineapple whip illa series, so it's like pineapple whip," said Arthur Moye, CEO of Full Circle Brewing.

Fans of craft beer are enjoying the unique beverages.

To keep up with demand, production is booming at their location in Chinatown.

During the pandemic, the brewery pivoted to focus on packaged beers, and it's paid off.

"After we get keg allocations, we probably put through 10,000 to 20,000 cans, give or take depending on what we are pushing through," said Jake Holder, Full Circle Brewing's production manager.

Thousands of cans are filled in just a few hours at their brewery.

A few months ago, Full Circle moved its taproom out of the Chinatown brewery and into a new space off Fulton Street in the Brewery District.

New food options are also coming soon at the taphouse.

"The plan is to have a permanent food truck here ran by Des Washington of Grumpy Burger Lady," Moye said.

Smush burgers will be served up in a designated location.

Moye says they bought the food truck, and because so many breweries rely on food trucks, this was a great option.

It's expected to open in a few weeks.

The company has been crowd-funded. They were able to reach their half a million dollar goal to buy equipment to make more beer and grow.

They're hoping loyal fans will support them as they work to grow again, now looking to raise a million dollars.

"In fact, we're looking for new investors right now just to take us from our original vision, which was a small dive bar, to a national brewery, which we're becoming," Moye said.

The cans will be shipped out throughout California and 20 other states. You can get your hands on the new flavors this week.