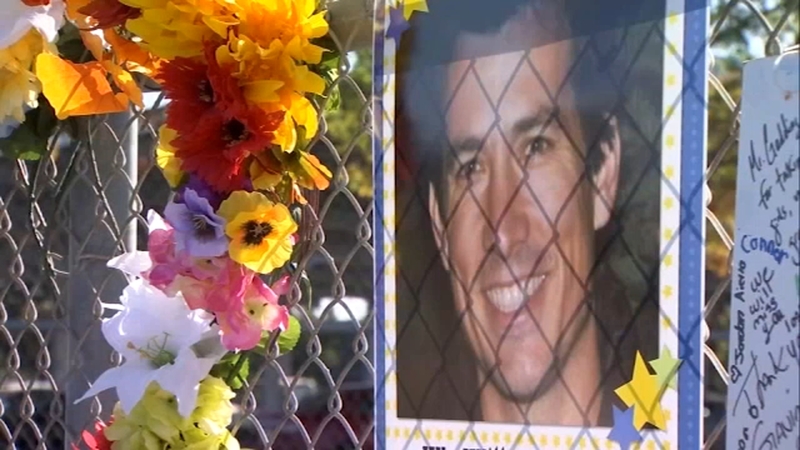 FRESNO, Calif. (KFSN) -- Gavin's Law, which aims to toughen punishment for hit-and-run drivers, has overcome another hurdle at the State Capitol. Tuesday, the bill cleared the Assembly's Public Safety Committee.

For the family of Gavin Gladding, it's part of a years-long journey to help others get the justice they deserve after deadly hit-and-run crashes.

"They left Gavin on the side of the road and it terrifies me today to believe and understand that he died there alone," said Gavin's mother, Rita Gladding.

Gavin was hit and killed while running near Friant Road and Copper in 2018. The driver, Rogelio Maravilla, left the scene but was later found and arrested. He was sentenced to three years, but with time credits, served just 13 months in custody.

"If this individual was facing Gavin's Law, that individual would have spent six years in prison rather than one," said Assemblymen Jim Patterson of Fresno.

This is the second time the Republican lawmaker brings forward Gavin's Law at the State Capitol. It's a bill that hopes to double down on punishment for hit-and-run drivers, upping the maximum sentence from four years to six.

"People will know that they have enhanced penalties to pay, and maybe, just maybe, somebody will stop and think and do the human and decent thing," said Patterson.

For Fresno resident Mike Osegueda, the pain is still fresh.

"You don't really understand how tragic and how terrible until it happens to your family," said Mike.

After Mike lost his sister to a hit and run crash in Oakland in February, he testified in support of Gavin's Law Tuesday.

"She was left there to die. The driver didn't stop to see if she was ok," he said.

The hit-and-run driver responsible for Courtney Osegueda's death has not been arrested yet, but Mike hopes the suspect will face a fitting sentence.

"Her life is worth more than four years," he said. "And all the people's lives that were hit by a hit-and-run driver are worth more than that."
Report a correction or typo
Related topics:
fresnohit and run
Copyright © 2021 KFSN-TV. All Rights Reserved.
More Videos
From CNN Newsource affiliates
TOP STORIES