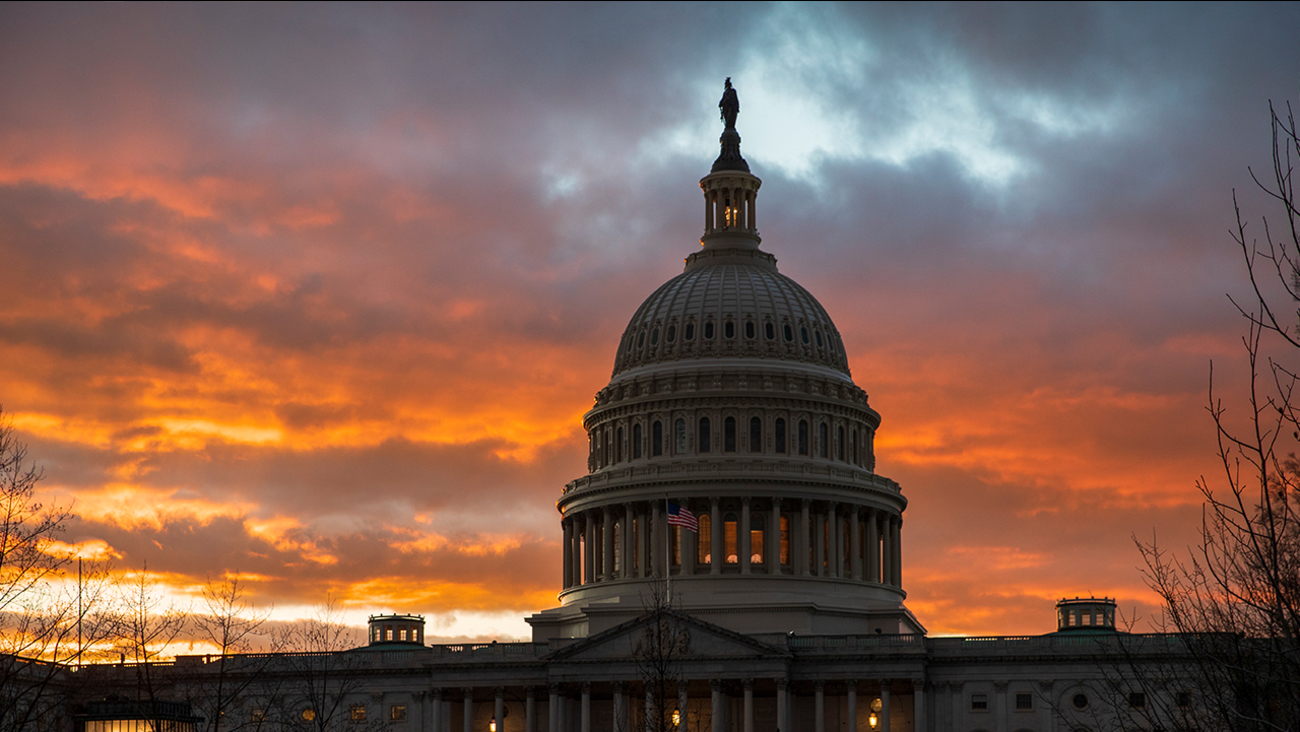 The Capitol at sunset after the Senate rejected competing Democratic and Republican proposals for ending the partial government shutdown. (AP Photo/J. Scott Applewhite)

WASHINGTON -- The Democratic-controlled House on Wednesday approved a pay raise for civilian federal employees, a step that lawmakers said shows respect for a workforce that just endured a 35-day partial government shutdown.

The 2.6 percent raise matches the raise given to the military last year and would override a pay freeze imposed by President Donald Trump. The measure, passed by a 259-161 vote, goes to the Senate, where its prospects are unclear.

Rep. Gerry Connolly, D-Va., whose district includes more than 55,000 federal workers, said government employees "have dedicated their lives and careers" to public service, "yet far too often their sacrifice and dedication go unappreciated."

House Majority Leader Steny Hoyer of Maryland, who represents more than 60,000 federal workers, said the shutdown over Trump's demand for a border wall with Mexico was just "the latest in the long list of attacks on our hardworking federal civilian workforce."

A Senate committee last year approved a 1.9 percent raise for civilian employees, but it was derailed amid the standoff over the border wall.

Rep. Mark Meadows, R-N.C., said the proposed pay raise was "not good policy" because "it rewards the bad along with the good" by giving all workers a raise regardless of performance reviews.

Meadows and other Republicans also took issue with how quickly the plan passed the House. It was introduced last week and was not subject to a committee vote.

"All of a sudden what we have here is a rush to try to send a message that Republicans are awful to federal workers, and Democrats are not," Meadows said.

But Democrats said the bill could not move forward until the government shutdown ended last Friday. More than 800,000 federal workers missed paychecks during the five-week shutdown, including 400,000-plus deemed essential and forced to work without pay.

The pay raise is "not only deserved, but it's also symbolically important," Connolly said. He said it crucial that Congress "make a statement to the civilian workforce that it is respected, that their work does have dignity and we recognize that."

Twenty-nine Republicans joined 230 Democrats in supporting the bill. No Democrat opposed it.