CA 'red flag' law can temporarily seize guns if someone makes threat: Here's how it works

The use of these so-called "red flag" laws depends upon the public saying something before it's too late.
KGO
By David Louie 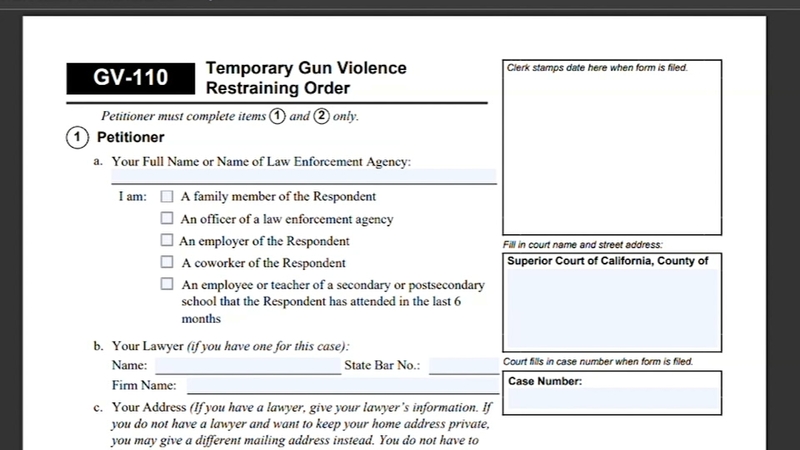 SAN JOSE, Calif. -- California is one of at least 19 states and Washington, D.C. with laws that can temporarily seize guns by court order if someone makes a threat to use them. The use of these so-called "red flag" laws depends upon the public saying something before it's too late.

Whether it's Uvalde, Buffalo or San Jose, mass casualty shooters have sometimes sent out warning signals before resorting to gun violence.

However, those red flags can be ignored or missed.

"There were too many red flags that they didn't pay attention to," said Karrey Benbow.

California has had a red flag law on the books for six years that allows family, friends, co-workers or neighbors to alert police and the district attorney's office anonymously of a potential threat by a gun owner.

"Within a few hours, we can go in front of the judge and temporarily remove those weapons," said Santa Clara County District Attorney Jeff Rosen. "I know that these restraining orders have saved hundreds of lives in our county."

Rosen says more than 200 restraining orders have been issued in the past year, double the number from two years ago. Earlier this week, the law allowed San Jose police to seize guns from someone who had made threats.

"The response from the police and the DA's office is not always going to be a gun violence restraining order and taking the person's guns away," said Rosen.

"It may also be a referral to mental health, to drug treatment or to workplace mediation."

He says there's reluctance by individuals to step forward but the process is anonymous and is central to intervention.

Guns are seized for two weeks, but the gun owner can get them back following an evaluation and a court hearing.

"If the circumstances have changed and the person is getting the help that they need and are no longer a threat, the guns will be returned," said the district attorney.

The red flag law is a key tool aimed at prevention and intervention.