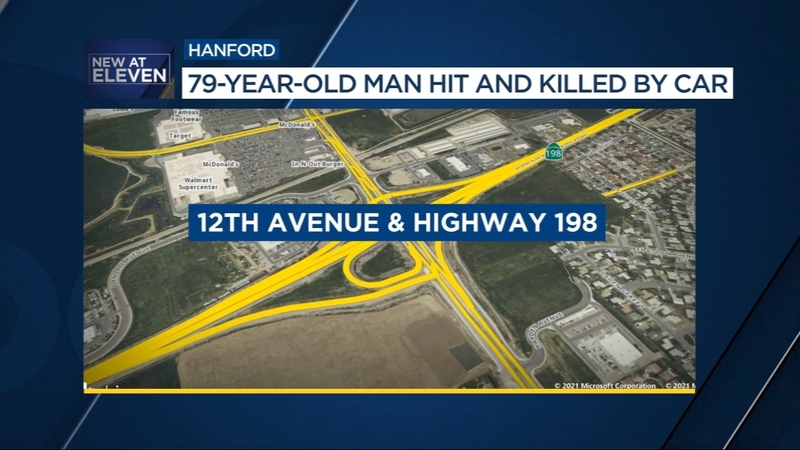 HANFORD, Calif. (KFSN) -- A 79-year-old man was hit and killed by a vehicle in Hanford on Thursday, police say.

Investigators say the man was crossing the street when a motorcyclist almost hit him. He was then hit by another oncoming vehicle.

The man was pronounced dead at the scene. He was later identified as William Odam.

Police say the driver remained on the scene and is cooperating with the police.