Health Watch: Do you need a measles vaccine? 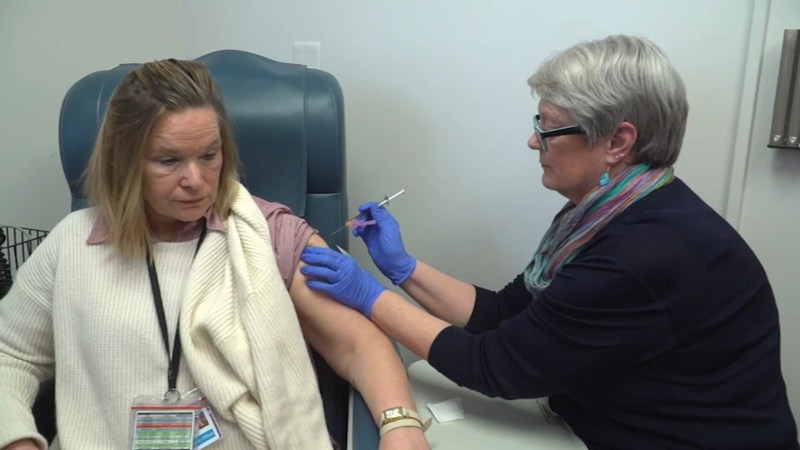 Measles Vaccine: Do You Need One?

SEATTLE (KFSN) -- The CDC says the number of reported cases of measles is the highest in a century. Nearly 1,250 cases have been diagnosed. Infectious disease specialists fear a full-on epidemic in the U.S., which declared measles "eliminated" years ago. Ivanhoe has more on who should and shouldn't get the vaccine.

As soon as Bobbi Nodell realized she didn't remember having measles, she made an appointment to get the shot.

"I like to take every vaccination that's out there because I want to stay healthy," said Nodell.

The CDC says measles is making a comeback because there are pockets of unvaccinated kids and adults. It's very contagious, and people travel and can carry the virus with them.

John Lynch, MD, MPH, Associate Professor of Medicine, Division of Allergy & Infectious Diseases, University of Washington School of Medicine shared, "The reason those communities are under-vaccinated range from beliefs about harm, potential harm of vaccines to lack of access."

The symptoms are high fever, cough, runny nose, red eyes, and a rash. But Dr. Lynch says the more people who are infected, the higher the chance of bad cases.

Some people shouldn't get any, including pregnant women, people with weakened immune systems or those who have had a severe allergic reaction to any part of the vaccine. Dr. Lynch said it's safe for adults to get a shot if, like Bobbi, they just want to be sure they're protected.