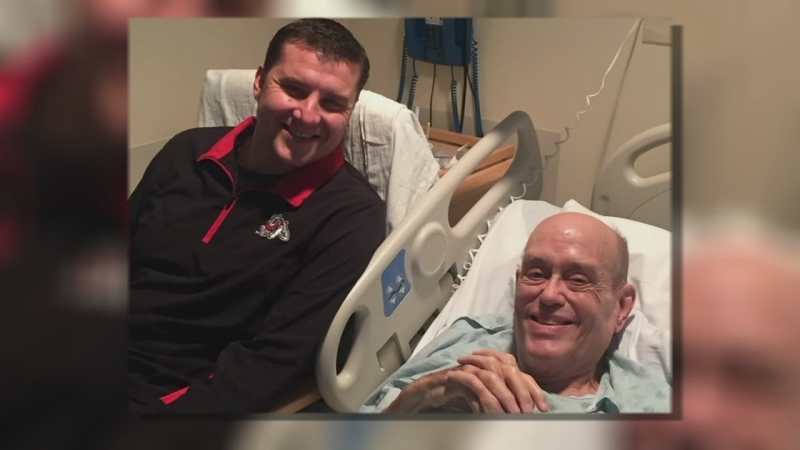 In January, Loeffler donated one of his kidneys to Alexander, who is gaining strength with each day.

"Hearing that 80% on the waiting list for a kidney die before they ever get a kidney, that kind of wakes you a little bit," said Loeffler.

Loeffler first met Alexander six years ago at The Well Church where Alexander and his wife Linda work as greeters. It turned out to be a blessing for both families.

"I was praying for it. I was hopeful and asked God to bring one," said Alexander.

67 Year old Michael Alexander was born with just one kidney. When it failed, his brother donated his, which he named "Monique."

It worked for 16 years, but Alexander was on dialysis for 15 months before Loeffler shared his left kidney at UCSF hospital.

"He and I have become really good friends. We're twins now because I have 'Bobby' in me now," said Alexander.

"Bobby" is Loeffler's kidney. It is also the name of Loeffler's dad, who was a kidney recipient himself.

"It made a difference in my life to have 8 years with my dad I wouldn't have had otherwise, so it was always something on my heart," said Loeffler.

Alexander retired as CEO of United Way of Fresno County in 2015 due in part to health reasons.

"There were tough days but I wasn't going to give up," said Alexander.

"There were some days where I wasn't sure we were ever going to be able to do this. So now to see him, to hear him. He's got his energy back," said Loeffler.