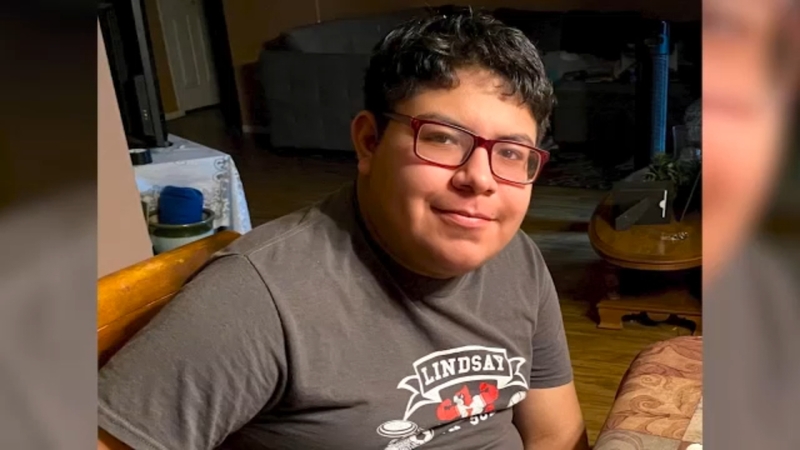 FRESNO, Calif. (KFSN) -- A grieving South Valley mother is warning other parents about the complications from COVID-19 after losing her own teenage son earlier this year.

16-year-old Andrew Abarca was a smart, artistic boy who enjoyed making others smile, but his mother says his life was cut short due to complications from COVID-19.

"He was a good kid. I never thought this would happen," Estella Abarca says.

From there, he started to worsen, developing red spots throughout his body.

After being seen at Sierra View in Porterville, he was quickly taken to Valley Children's Hospital in Madera.

Andrew's mother says his kidneys started to fail, his oxygen levels started to decrease and ultimately, doctors told her his brain was swelling and he had a brain bleed.

"They kept telling me when COVID hit his body, it confused his body so instead of fighting against it, it fought alongside it. It attacked his whole system," she says.

She believes it may have been complications associated with Multisystem Inflammatory Syndrome in Children (MIS-C).

Valley Children's Hospital officials cannot speak to this specific case, or whether MIS-C was involved, due to patient privacy laws.

They do, however, say they've been seeing an upward trend of MIS-C cases.

"It is not an active infection, it is merely the body's response to the immune system's response to this phenomenon and a cascade of inflammation and results," says Valley Children's Hospital's Dr. Reshma Patel.

Symptoms can include high fever, abdominal pain, neck pain, and low blood pressure - but sometimes, there may not be any at all.

"We've also seen it in households where perhaps the adults were sick and that they thought, 'Oh we're out of the woods, our kid never had symptoms', and they didn't test their child. Then later their child develop symptoms," Valley Children's Hospital Dr. Hailey Nelson says.

That's why doctors say the best way to stay safe is to protect yourself and your kids by getting the vaccine.

Abarca says as she looks over some of her favorite memories with her son, she just hopes parents follow the guidelines and seek help if your child seems sick.