Family of medic killed in helicopter crash cope with loss 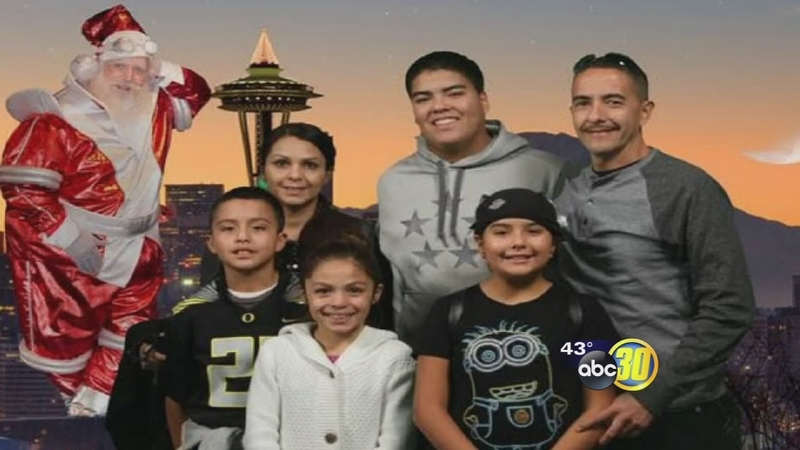 Family of medic killed in helicopter crash cope with loss

FRESNO, Calif. (KFSN) -- The last time Aurora Lopez saw her brother Marco was on Monday, but she had no idea what would come to pass Thursday night.

Marco Lopez was the flight medic onboard the SkyLife helicopter that crashed Thursday in a field in Kern County. No one survived the impact.

Before Marco said goodbye, he dropped by Aurora's place to pick up some tools to set up a Christmas tree. "You're still in denial and it'll get to a point where it will hit you but you never know when it will," she said.

The fact that her older brother died still hasn't sunk in. She says she doesn't know how to cope, and said their loss has been a loss for so many others who knew Marco-a positive presence, wherever he was. "Most of the pictures that he's in, you could see that he's always either joking around or has a big smile on his face, just excited for whatever's going on at that moment," Aurora said.

Aurora said her brother Marco cared most about the moments he shared with his two children, and always had encouraging advice for his son, also named Marco. "He told me don't settle for what you already have," Marco's son said. "Always want to keep getting better."

It's what his dad did-applying three times for a job with SkyLife before being accepted.

It was his dream job, and one he told his son he would die for. "Obviously I didn't want it to happen but if it had to happen any other way," Marco's son said. "I know it was him flying on that helicopter."

Even though he's passed away, Marco says his father will never be far away.

He found his father's dog tags from the Navy on Friday, and hasn't let them go since. "He's going to watch over me as long as I live," Marco said.

Some colleagues have set up a YouCaring account to help families of all three victims during this very difficult time.