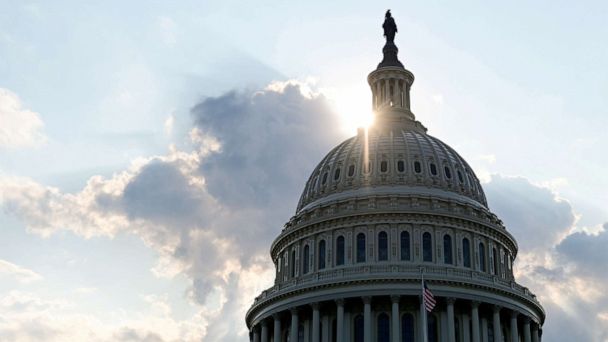 House Democrats on Tuesday removed $1 billion in funding for Israel's Iron Dome air defense system from their stopgap government funding bill, after progressives threatened to tank the measure over the military support for Israel.

While Democratic leaders committed to approving the funding by year's end in another must-pass bill, the holdup was the latest episode in an ongoing intraparty debate over support for Israel.


Republicans quickly took to social media to accuse Democrats of undermining Israel's security. They also planned a procedural vote to highlight Democrats' divisions -- which was rejected -- even as they had planned to vote against the initial measure when it included Iron Dome funding.

Moderate Democrats also criticized their colleagues for opposing the funds for the defensive missile system, which President Joe Biden promised to replenish after Israel's conflict with the Palestinian militant group Hamas in May.

While lawmakers from both parties have supported Israel's right to defend itself unconditionally for decades, a growing group of Democratic lawmakers have called on party leaders to revisit its relationship with Israel, and have accused its military of human rights abuses and blasted the treatment of Palestinians.


That tension has been exacerbated in recent years by the efforts of conservative Israeli leaders -- most notably former Prime Minister Benjamin Netanyahu -- to align closely with Republicans and former President Donald Trump, after tensions with the Obama administration over the U.S. nuclear negotiations with Iran.

Still, Democratic Party leaders and Biden have been quick to demonstrate their support for Israel. House Majority Leader Steny Hoyer on Tuesday spoke to Israeli Foreign Minister Yair Lapid about the Iron Dome funding debate and reiterated Democrats' commitment to passing the measure.