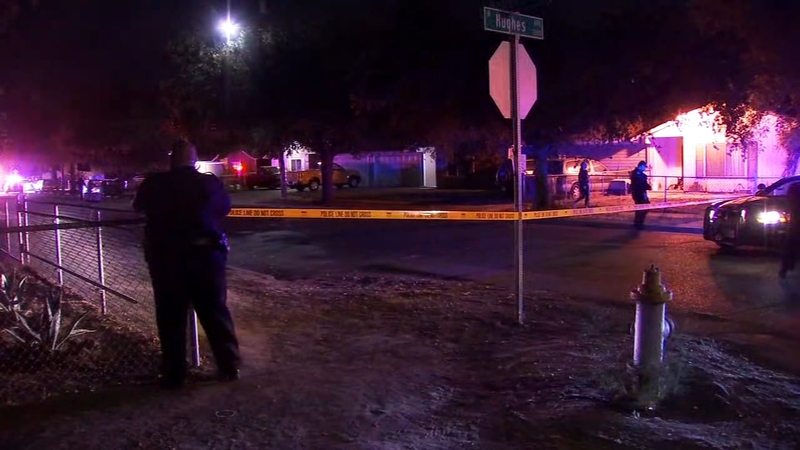 FRESNO, Calif. (KFSN) -- Fresno police are investigating after a man was shot to death in west central Fresno on Monday morning.

Officers responded to several 911 calls reporting a shooting at Lafayette and Hedges Avenues around 3 am, including a call from the victim's girlfriend.

When the police arrived, they found a man who had been shot. Emergency crews tried to perform CPR, but the victim died at the scene.

Investigators say several suspects shot at the man while he was in the roadway.

Detectives are now searching for evidence to determine what led up to the shooting.

"We have night detectives out here going door to door talking to witnesses going through surveillance video anything that could be helpful," said Fresno Police Lt. Tim Tietjen. "The homicide guys will lock this down for several hours and do a detailed search of the area."

The victim's girlfriend will be interviewed by detectives, Tietjen said. Officers found multiple shell casings in the area.

Hedges is blocked from Hughes Avenue to Pleasant Avenue while the investigation continues. Drivers are advised to avoid the area.