The 6'4", 220-pound junior from Visalia's Central Valley Christian has scorched opposing defenses at both running back and tight end.

VISALIA, Calif. (KFSN) -- Central Valley Christian Junior Jaeden Moore has made a name for himself, dominating on both the basketball court and the football field.

But it's relentless effort on the gridiron that's gotten the attention of universities across the country.

"Violent, but under control," Moore said describing his play on the field.

The 16-year-old says he's always loved the sport, and he's thankful his physical abilities have allowed him to succeed.

"Ever since I was younger, I just had like a burning passion for the sport to be honest. I was just grateful enough, and God blessed me with the ability."

The 6'4 220-pound standout has scorched opposing defenses at both running back and tight end, but he's also been a nightmare for quarterbacks off the edge.

Just this past season, he compiled 17.5 sacks and 30 tackles on the defensive side of the ball, grabbing the attention of universities across the west.

The attention came as no surprise to CVC's head football coach Mason Hughes, who says he knew Moore was a difference-maker right off the bat as a freshman.

"He just plays relentless," Hughes said. "To me, that's something that sticks out -- you know the guy's just running everywhere and he's a big man."

Moore's also received offers from schools such as Utah State, Nevada, UNLV, Arizona, and Oregon State. Something he says he doesn't take lightly.

"It was reassuring to say that all of your work is going to show," Moore said.

Despite the offers, Moore continues to up his game, winning a defensive MVP award at the highl- touted Under Armour camp series in LA this past weekend.

"I wasn't the biggest dude there," Moore said. "It's just all about mentality. It's how you look at the game."

A mentality molded by his mom and biggest supporter, Darlyn Cabral.

"She means the world to me," Moore said. "She's like my rock, so she's very important."

Those words hit home with Cabral, who says she raised him as a single parent.

But she says it's been a team effort to help get her son to this point in his life.

"Without my family and the support that I have received from CVC, I don't think I could get all through this," Cabral said. "It is very stressful and I'm really hard on Jaeden, but what he said makes me feel really good."

For now, the young prospect says focused on using his talents to get an education, but on the horizon may lie something bigger.

"My plan is just to get to college and get my degree," Moore said. "With the hope and shot at the NFL." 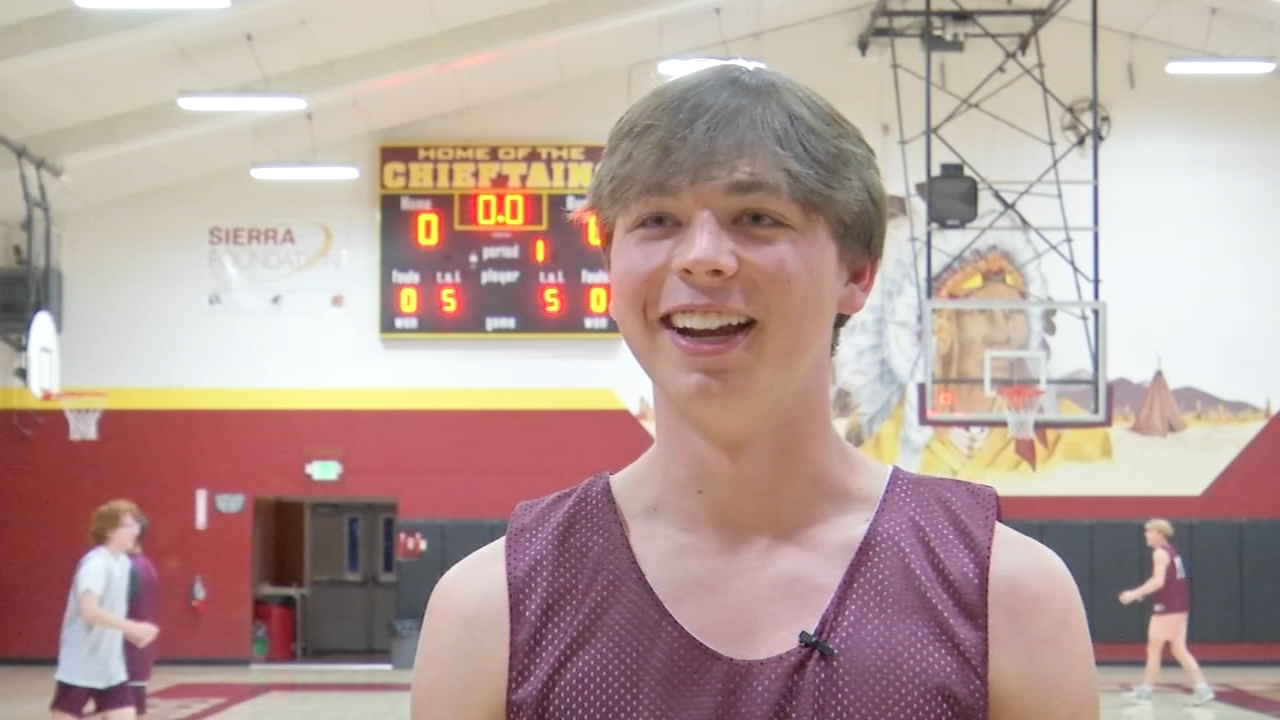