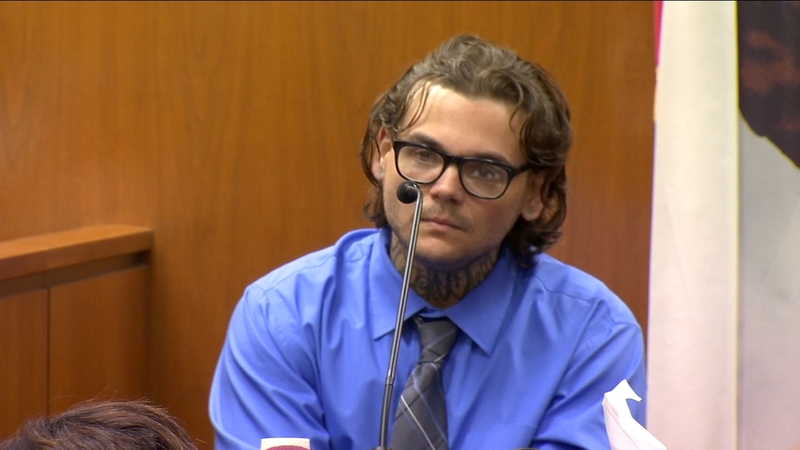 FRESNO, Calif. (KFSN) -- A convicted felon accused of shooting and killing another man took the stand Monday despite a warning from the judge and his attorney.

While testifying, James Dean admitted he shot Augustine "Jay" Velasco in the stomach last July but claimed it was in self-defense. He says Velasco came after him and that's when he pulled the trigger.

James Dean takes the stand in his own defense AGAINST the advice of his attorney. He’s accused of killing Jay Velasco last year during a custody dispute. pic.twitter.com/PbbAuWqd8u


Until his confession, Dean had denied being involved in the death of Velasco. In a phone call from jail a few months after his arrest he said, "Listen to me mom, you have to place me at the scene of that crime when the crime occurred. I'm not going to sit back and take what they are throwing at me. I did not do this."

However, after the preliminary hearing and three witnesses that put Dean as the sole suspect- he says he decided -in his own words- to man-up.