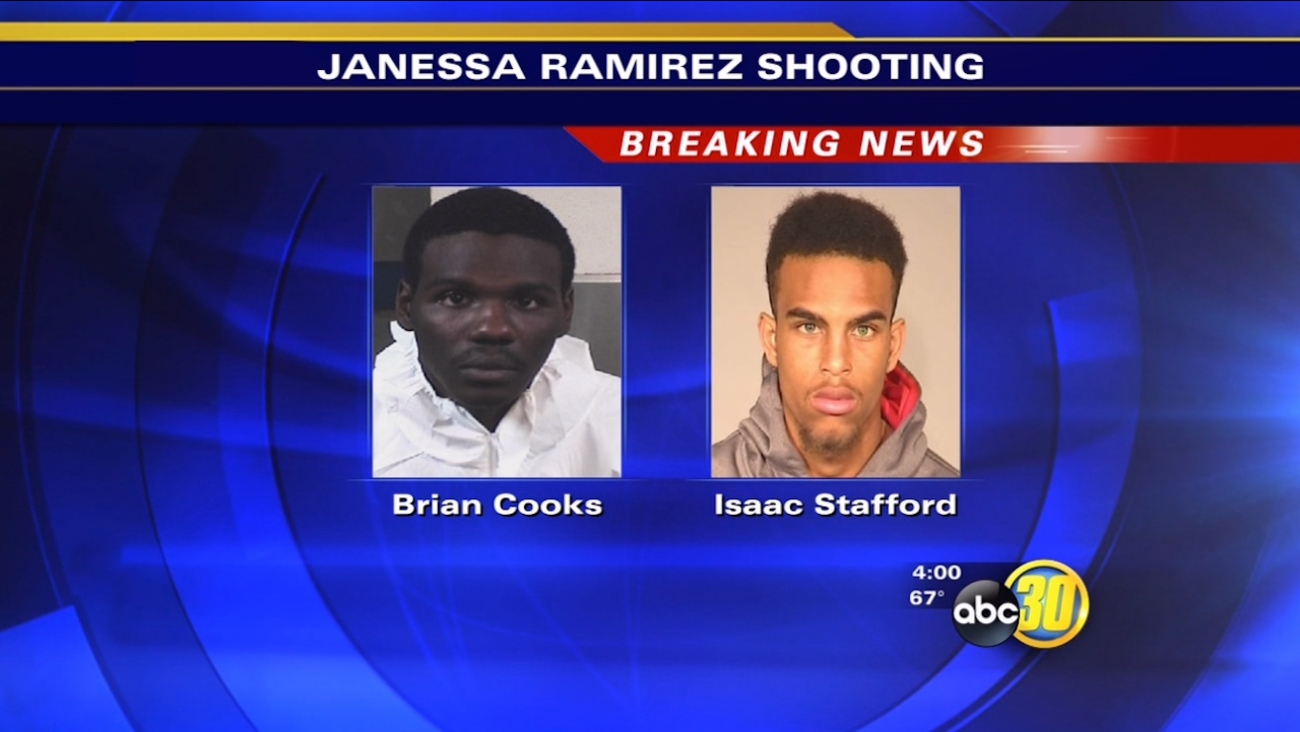 KFSN
FRESNO, Calif. (KFSN) -- Action News has learned that only one of two suspects in the shooting death of 9-year-old Janessa Ramirez has been charged.

The Fresno County District Attorney's Office has charged Brian Cooks, 22, with murder, shooting at an occupied car and being a felon in possession of a firearm.

The DA's office says no charges have been filed against Isaac Stafford, 19, pending further investigation. He was released from jail on Monday night.

Cooks is the man Fresno police say fired one bullet from a gun that struck and killed the 9-year-old girl. Officers say he was in a gun battle with Stafford -- a rival gang member.

Janessa was standing in front of a West Central Fresno laundromat with her mother when she was shot in the stomach.