'His presence is real': Loved ones grieve for Fresno man as alleged killer pleads 'not guilty' 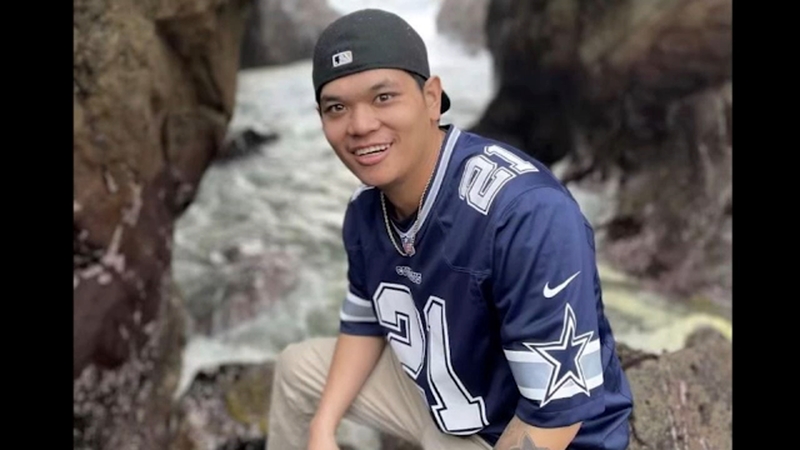 The victim's family members and friends are making sure he lives on.

27-year-old Jason Vitug built up a huge family of friends with his kind heart, his positivity, his smile, and especially his selfless nature.

"Even if it wasn't something to do with him, if it had to do with you, instantly he would be there," said Tyler Willis, Vitug's best friend. "Like, if he knew you were doing something, it wasn't him texting you saying, 'Let me come help you.' It was him at your front door knocking saying 'All right, get up. Let's get to work.'"

Jason died by gunfire earlier this month at a home across the street from the house where he grew up.

Most of the neighborhood launched candles into the sky as part of a vigil in Jason's honor on Sunday.

Willis had Jason as his best friend for 22 years and picked him as Best Man for his wedding coming up in July.

Jason meant the world to his kids, especially his 6-year-old daughter, who has started to ask questions.

They were six years apart, but friends say Jason welcomed King into his friends' group and sometimes took him along on trips, including to Disneyland.

Witnesses say King was playing around with a laser sight on a gun when he shot Jason.

He pleaded not guilty to a voluntary manslaughter charge Friday.

"Apparently the defendant is committing an act either lawful or unlawful and the gun goes off," said legal analyst Tony Capozzi about how prosecutors would choose to file a voluntary manslaughter case. "It's reckless handling of the gun causing the death of someone else."

Capozzi says it's possible prosecutors find more evidence and reduce the charge to involuntary manslaughter or elevate it to a murder charge.

King will be back in court next week for a bond hearing where a judge could reduce the amount of money he has to post to get out of jail pending trial.

Jason's mother didn't want to talk on camera, but she told Action News she doesn't want to live in anger.

She wants her grief to have time to turn into joy.

And right now, as she grieves, she still feels her son's energy in her home.

"He's there," said Willis, who was at the house when static started coming through on Jason's deactivated walkie-talkie. "His presence is real. Whether it's spiritual or anything, it's just that he's there. His presence is there. The impact he had is never going to go away. Never."

Jason's presence will be felt at Willis' wedding, too.