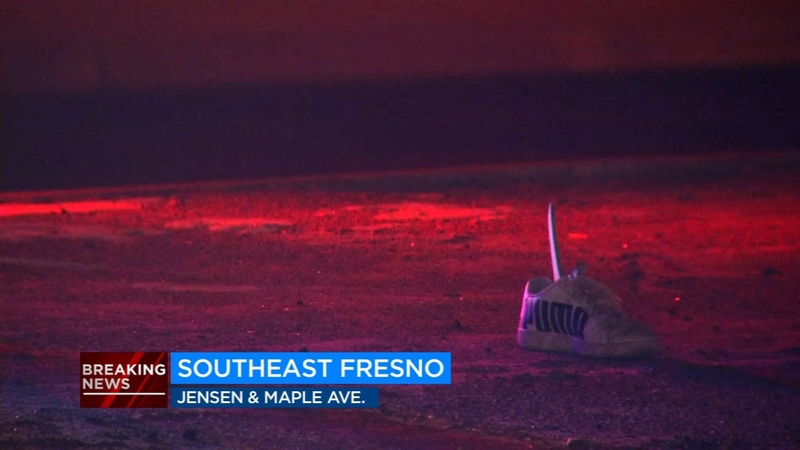 Pedestrian hit and killed by car in SE Fresno

FRESNO, Calif. (KFSN) -- A woman told police she was driving on Jensen near Maple just after nine on Thursday night when she hit a man who was lying in the roadway.

She tells investigators she couldn't see the man in the street until it was too late.

The victim in his forties was rushed to the hospital where he was pronounced dead.

Investigators say the driver is cooperating and was not under the influence at the time of the collision.