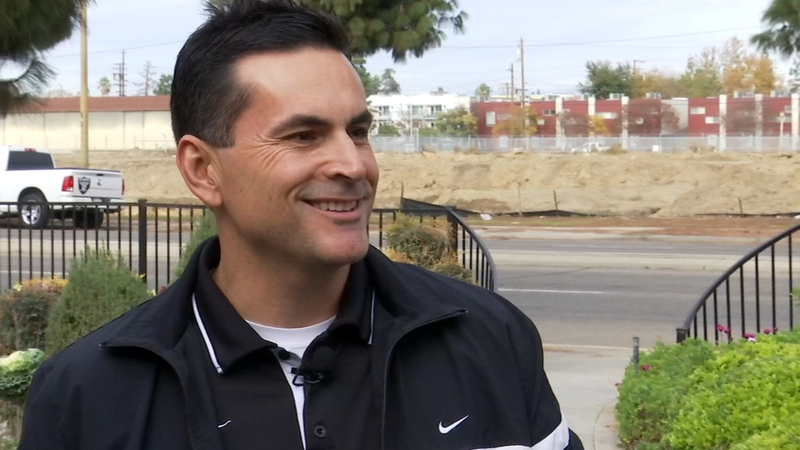 After clinching a playoff spot for the Bills, Firebaugh native Josh Allen returned to Buffalo to a hero's welcome.

His team still has a chance to clinch the division...but first they have to beat Tom Brady and the Patriots in Foxborough.

After the Buffalo Bills win in Pittsburgh, Allen said, "I ran into a familiar face who happened to be my Junior College Offensive Coordinator, the one man who believed in me out of high school when no other coach did."

That coach was a man named Ernie Rodriguez. Action News caught up with him to get more on the chance encounter.

"Just happened that he was coming around greeting all the fans which he typically does and as he was coming back and it was a great moment," Rodriguez told Action News.

Rodriguez said Allen called him the next day to catch up.

When he was the OC at Reedley, Rodriguez was the only school to offer Allen a scholarship to play in college.