Julio Garay will be sentenced on November 17.
KFSN
By Corin Hoggard 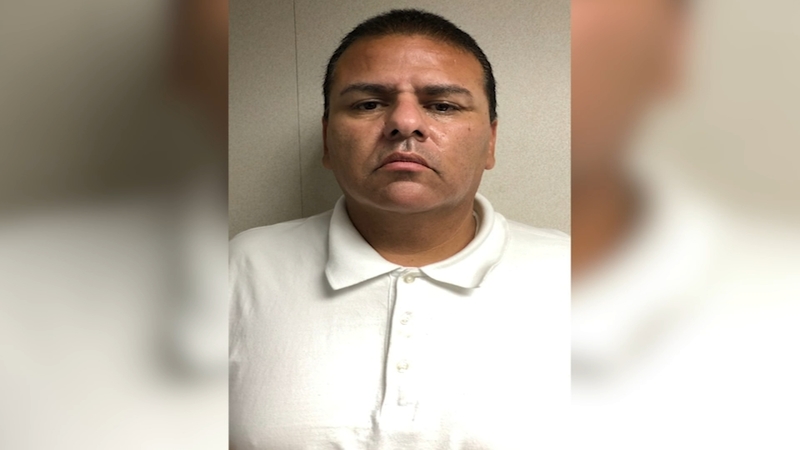 FRESNO, Calif. (KFSN) -- A domestic abuser who tracked down and killed his estranged wife is now a convicted murderer after a guilty verdict Tuesday from a Madera County jury.

"(We're) beyond grateful that justice has finally been served," said Sarah Rodriguez, a cousin of victim Calley Garay. "It's been a long time waiting. We celebrate her birthday on Saturday and I think this is a pretty good way to bring it in."

The California legislature passed Calley's Law this year to make sure abused women have the type of protection that could've saved her life from the abuser and killer.

Last summer, his estranged wife Calley filed a domestic violence report against him and left a home where her family members say she was essentially a prisoner.

The 50-year-old found out when she was taking their three boys to a medical appointment, went there, and gunned her down right in front of the kids.

For her family and friends, the conviction is a step in the right direction.

"It's the beginning of change for other women that have to go through this and hopefully save their lives so this isn't where they end up," said Rodriguez.

The mask Rodriguez wore to cover her mouth and nose during the reading of the verdict honored her cousin as a hero who gave everything to protect her kids even as gunfire erupted around them.

"Because of her, her boys are alive," Rodriguez said. "She escaped to save them. She continued until she was murdered to save their lives."

Calley's family filed a $55 million government claim because someone revealed details of the doctor's appointment to her estranged husband.

They pushed for Calley's Law, which now protects domestic violence victims from their abusers tracking them down via appointments for their shared children.

They want her legacy to be about shielding victims.

"We want people to remember her as a hero, the mother of three young boys and we plan to continue to honor her and never let people forget who she was," said another cousin, Curry Diaz.

The judge will sentence Garay in November, but because the jury found him guilty of first-degree murder while lying in wait -- in addition to three counts of child abuse and assault with a semiautomatic weapon -- the only option is life in prison without parole.

Calley's family will celebrate her birthday Saturday with a big event, including a 5k walk, at Chowchilla's Little League Park on Orange Ave. and Third St.

Everyone is welcome and encouraged to wear purple for domestic violence awareness.