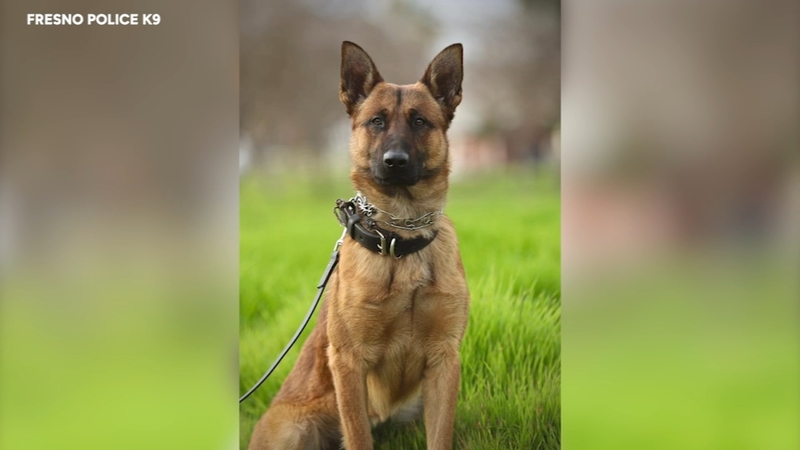 FRESNO, Calif. (KFSN) -- A police K9 was injured as he looked to help contain a suspect Saturday morning.

The Fresno Police Department says Carlos Castanos was holding a woman against her will at a home on W. Brown Ave. around 11:30 am.

Authorities surrounded the home and discovered that Castanos had several warrants.

As police made contact with Castanos at the front door, they say he ran out the back door and jumped the fence into another yard, where he ran into a K9 and his officer.

The suspect refused to listen to the officer's orders, forcing the officer to release K9 Argo.

Police say Castanos pulled a knife out and stabbed Argo multiple times. A pitbull also ran out and attacked the K9 and officer, leading to the officer shooting the pitbull one time.

Authorities say Castanos continued to stab Argo until another officer came to the back and tased the suspect.