Authorities say two people were arguing near a playground when at least one opened fire, hitting Khilee in both of her legs.
KFSN
By Brittany Jacob 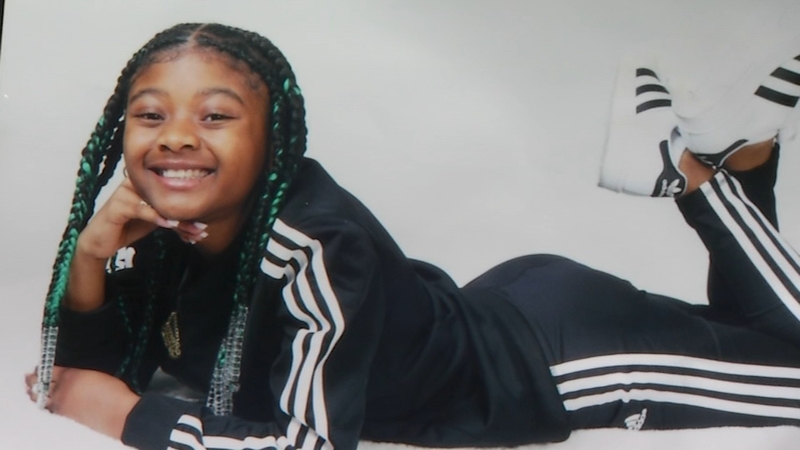 FRESNO, Calif. (KFSN) -- Fourth-grader Khilee Martin is recovering in the hospital after becoming another victim of gun violence.

The shooting happened at a playground at the Park West Apartments on Alamos and Marks in northwest Fresno on the night of last Wednesday.

Authorities say two people were arguing near the play area when at least one of them opened fire, hitting Khilee in both of her legs.

Her mother Jazzman Lowe says she now fears for her family's life and she desperately wants to move.

"Not wanting to bring my child back to this environment. I don't know how she's going to react seeing the home and where it happened. So that's my frustration - just trying to get out," Lowe says.

Khilee's mother tells us she's an athlete and was looking forward to starting gymnastics.

The bullet struck a femoral artery and she was bleeding internally.

It also broke her left femur and caused vascular trauma and nerve damage in her right leg.

Her mother tells me she doesn't have that 'spark' she once did.

Lowe tells me, when Khilee leaves the hospital, she wants to bring her home to a safe environment.

"I don't want this to happen to anyone else's else's child. Me and my children feel trapped in a dangerous neighborhood and we just want to get out."

Foster tells me he feels for Lowe because he can relate to this story all too well.

"Every single time she walks outside of her door, she sees the place where her daughter got shot," says Foster. "I was triggered, I have a daughter who was killed by a gun and I was imagining what the parents were going through and the anxiety of not knowing if she was going to make it."

Authorities say they are still working the investigation and have no updates at the moment.

Anyone with information on this case is encouraged to contact the detectives at Fresno PD.

Also, a GoFundMe was set up to help the family with unexpected medical expenses like physical therapy and a wheelchair.