The crashes involved two trucks and a car on I-5 just north of Highway 41, south of Kettleman City.
KFSN 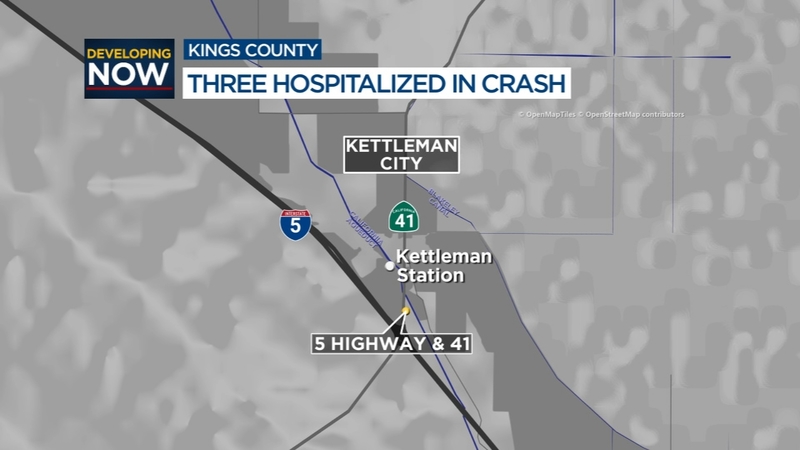 KINGS COUNTY, Calif. (KFSN) -- Three people have been hospitalized with injuries after a multi-vehicle crash in Kings County overnight.

The crashes involved two trucks and a car on I-5 just north of Highway 41, south of Kettleman City.

The initial crash happened about 11:10 pm on Tuesday night.

The California Highway Patrol (CHP) says an Audi heading southbound on the I-5 made an unsafe turn and crashed into the side of a big rig trailer traveling in the same direction.

The Audi driver then lost control, flipped the car over and landed on the roof.

A witness told the CHP the man driving the Audi got out of his car to look down into the ravine at the big rig.

That's when he was hit by a box truck.

The driver of the box truck did not stop, and is now wanted for hit-and-run.

A passenger in the big rig was also taken to hospital with minor injuries.