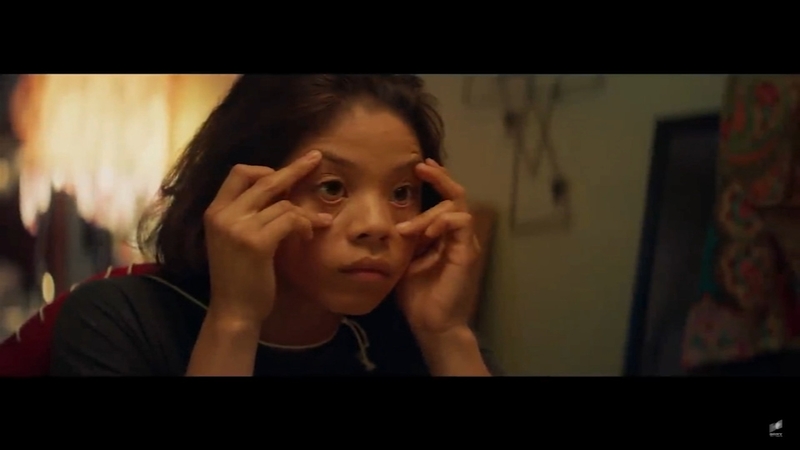 Uplifting songs sung by Salonga in Aladdin and Mulan earned her a Disney Legend Award in 2011.

Action News asked Salonga if she expected those songs to become embedded in the hearts and souls of kids and their families.

Salonga replied, "When you go into something like that you never really know what the outcome's going to be. You hope for the best."

For Salonga, Yellow Rose presented more than just a chance to return to the big screen.

Salonga explained, "It's less about that and more about, given the times we're living in, this is the right thing to do," she said.

Writer-director Diane Paragas said, "I'm so glad to present an immigrant story that is about Filipinos and Asians because we often think of immigration as a Latinx issue and yet there are so many others...Filiipinos are the 3rd largest undocumented group in the country."

Paragas said, "She's the heart and soul of the film."

Nobleazada becomes separated from her mother in the movie.

The isolated setting is familiar to Paragas, who grew up in Lubbock, Texas.

Paragas said, "I was one of the only Filipinos growing up and that's kind of where this story begins. And it's based on my experiences feeling like a square peg."

Salonga said, "It makes an impact. It makes a difference."

The movie won awards at several film festivals and caught the attention of Sony, which purchased it for worldwide distribution.

Paragas said, "That was probably the best, one of the best days of my life."

Instead of making a political statement, the film focused on the impact on families.

Paragas, "I'm just most happy that I hope will open the door for other Filipino stories to come out and to put our culture on the pop culture map."

She explained, "I think every Filipino-American will be able to relate to every one of these characters because they actually know people like that, which will make it funny and sad at the same time."