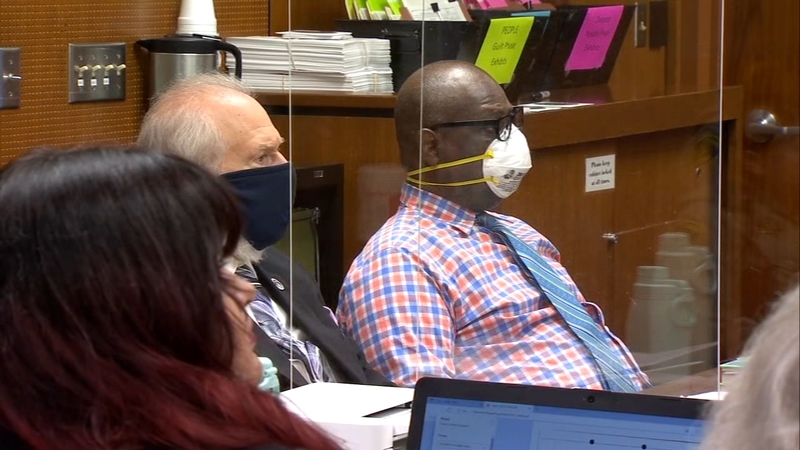 FRESNO, Calif. (KFSN) -- Wearing a facial mask and street clothes, LeRoy Johnson could only listen as the state made its opening statements Thursday in front of a jury.

Johnson is facing the death penalty after investigators say he is responsible for the 2009 double-murder and robbery of a Kerman couple.

According to police, Johnson, along with five others, developed a plan to steal marijuana from the home of Gary and Sandy DeBartolo when something went wrong and the husband and wife were killed in cold blood.

"After Gary had his throat cut, Gary didn't die immediately," Lacy said. "Gary was able to call 911 to say my wife's been murdered and they cut my throat."

Investigators say drops of Johnson's blood were found leading away from the house to the location of the getaway car.

At the time of his arrest, Johnson's clothes contained both his blood and blood from Gary DeBartolo.

Johnson would later tell police he went to the home but did not kill anyone. But other members of the heist all said he did.

"Everyone in the group knew each other except for LeRoy Johnson," says Mark King. "He was a last-minute addition to the group. Why was he added at the last minute? To be a fall guy? That's reasonable doubt."

Defense attorney Mark King used his first time in front of the jury to chip away at the state's theory that Johnson is a stone-cold killer.

"Gary DeBartolo phoned 911 and said my wife has been murdered, my throat has been cut and that call was made two minutes before LeRoy Johnson arrived at the house," he said.