Officials say the suspect continued to drive the loader and damaged wooden fences and a metal gate at a nearby apartment complex.
KFSN
FRESNO, Calif. (KFSN) -- A Los Banos police officer was injured while attempting to stop a 26-year-old man from deliberately trying to hit vehicles with a skid-steer loader on Friday morning.

Police say they received reports a loader crashing into cars in the area of Mercey Springs Road and Santa Cruz Way just after 12:30 a.m.

As an officer was trying to stop the suspect, who police have identified as Darwin Corrales, Corrales turned the loading bucket to hit the officer.

Officials say Corrales continued to drive the loader and damaged wooden fences and a metal gate at a nearby apartment complex. Eventually, Corrales crashed into a metal pole on Pacheco Boulevard.

Officers had to use tasers and pepper spray to bring Corrales into custody.

The injured officer was taken to Los Banos Memorial Hospital and is now recovering. 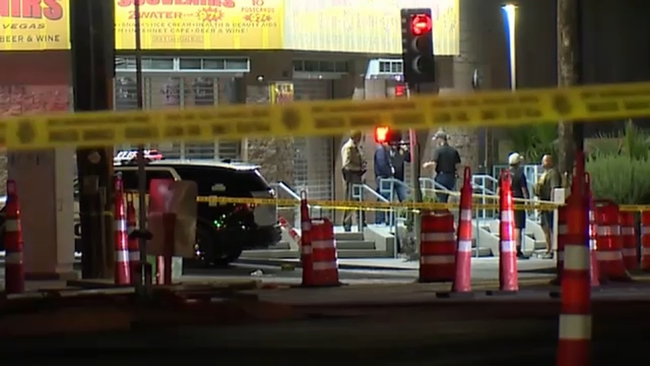