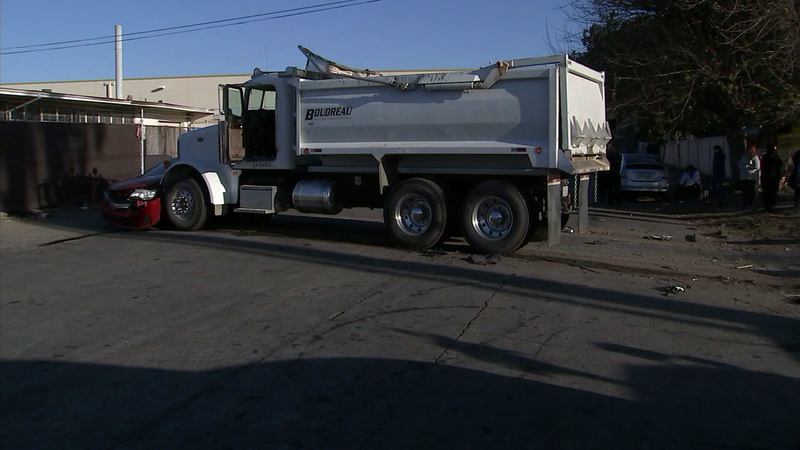 LYNWOOD, Calif. -- Authorities are searching for a suspect who used a dump truck to steal a Chase bank ATM and led them on a chase before fleeing on foot in a Lynwood neighborhood.

The incident happened around 4:45 a.m. in the 17300 block of Pioneer Boulevard in Artesia, authorities said, after deputies received a call from a Chase bank that indicated an ATM was moving. Trackers are placed on the machines.

Authorities said the caller provided a description of the vehicle and within minutes of responding, Los Angeles County sheriff's deputies located a white dump truck.

Deputies attempted to stop the truck, the driver failed to yield and then started a short chase.

Authorities said the chase ended when the suspect veered off the freeway and onto a steep embankment near Long Beach Boulevard. The driver headed through surface streets, eventually crashing into a three parked cars in a Lynwood neighborhood. The suspect fled from the dump truck.

No one was injured during the chase and crash.

The ATM was recovered from the bed of the dump truck.

The investigation was ongoing.