Police in Visalia say mail theft is a consistent crime in the city of almost 140,000 people.
KFSN
By Brian Johnson 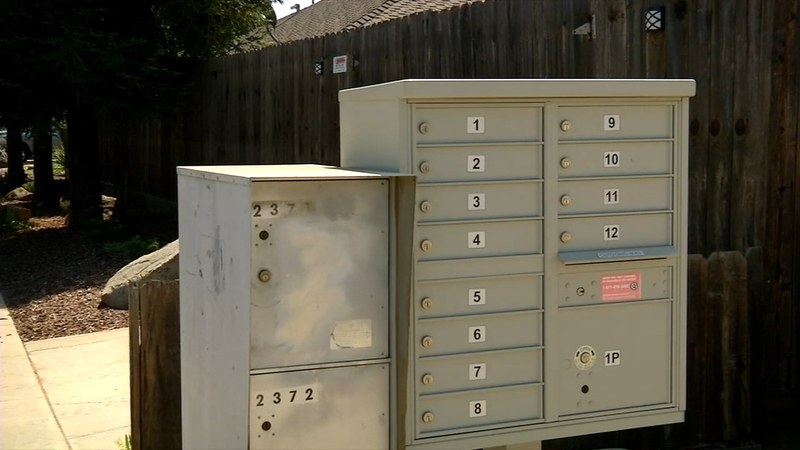 VISALIA, Calif. (KFSN) -- Police in Visalia say mail theft is a consistent crime in the city of almost 140,000 people.

Sgt. Celeste Sanchez says thieves use a variety of methods to break into the boxes - fake keys, tools, or sometimes, they just take off with the whole unit.

That's what happened recently in a southwest Visalia neighborhood.

The stolen box has since been replaced.

The post office has informed residents of another neighborhood to the north that their mail may have recently been stolen.

Visalia police say there are actions you can take to prevent mail theft, such as picking your mail up every day and sharing information with your neighbors.

"Maybe they don't even know that they've been a victim," Sgt. Sanchez said. "And maybe if they've established good relationships with their neighbors, and maybe one of their neighbors perhaps may say that they were a victim and that person might not even know."

Residents are encouraged to report mail theft to police and the United States Postal Inspection Service.

If you see it happening, officials say don't intervene.

Pieces of mail can be replaced.

"We want the customers, as we refer to them in the postal service, your viewers, to let us know where it's happening so that we know where to put our resources to catch the people who are doing it," U.S. Postal Inspector Matthew Norfleet said.