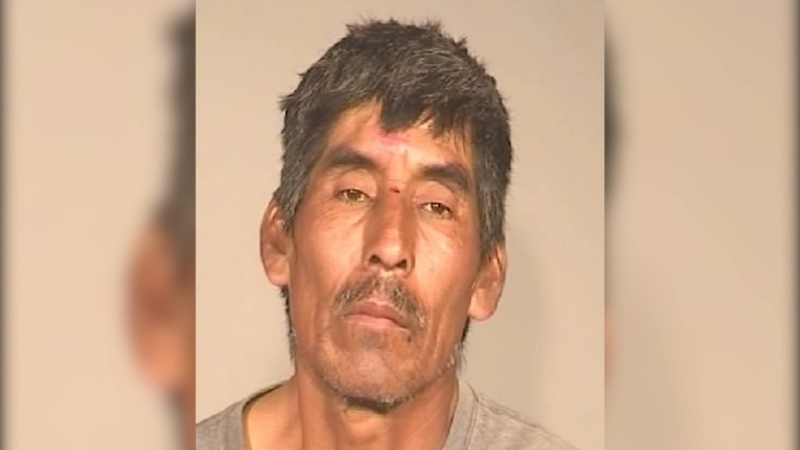 FRESNO, Calif. (KFSN) -- A man was hospitalized after his vehicle was t-boned by an alleged DUI driver in central Fresno.

The crash happened just before 5:30 p.m.

Fresno Police say 53-year-old Salvador Marquez was arrested after he ran a red light and crashed into a car while making a left turn at the intersection of Belmont and Millbrook Avenues.

Investigators say Marquez's van hit the car so hard, his van flipped to its side and careened into a nearby building. Officers say the suspect ran away from the scene but officers were able to apprehend him.

It is Marquez's second DUI arrest in the last six months, according to police.

"This could have potentially been fatal. And we're so grateful the victim wasn't hurt any worse," said Fresno Police Lt. Tim Tietjen.

The victim was taken to Community Regional Medical Center for his injuries.

Investigators say a gas line was also ruptured in the crash, but crews have since turned off the gas main.