KFSN
FRESNO, Calif. (KFSN) -- A man is in custody for leading both Fresno Police and California Highway Patrol officers on a high speed chase through the city.

It started around 12:30 a.m. on Wednesday when officers made a traffic stop on the driver of a green Ford Thunderbird.

Moments later, the car took off and led police on a chase from McKinley and then northbound on Highway 41.

C-H-P soon took over the pursuit, as speeds reached 100 miles per hour.

The Thunderbird exited on the Herndon off-ramp, then went back on to the 41.

The driver eventually lost control of the car and crashed into the center median.

He was arrested at the scene.

Inside the car, officers found a loaded handgun and high capacity magazines. 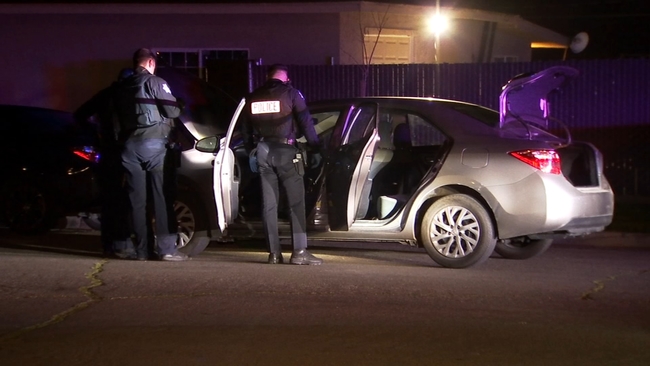 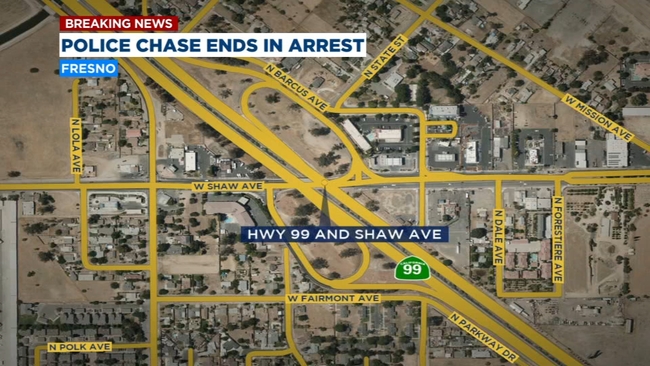 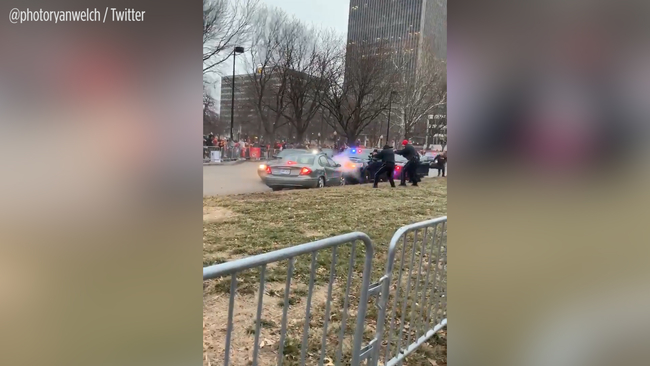