The sheriff's office says this is the second illegal grow in the area it has been called to where weapons have been involved.
KFSN 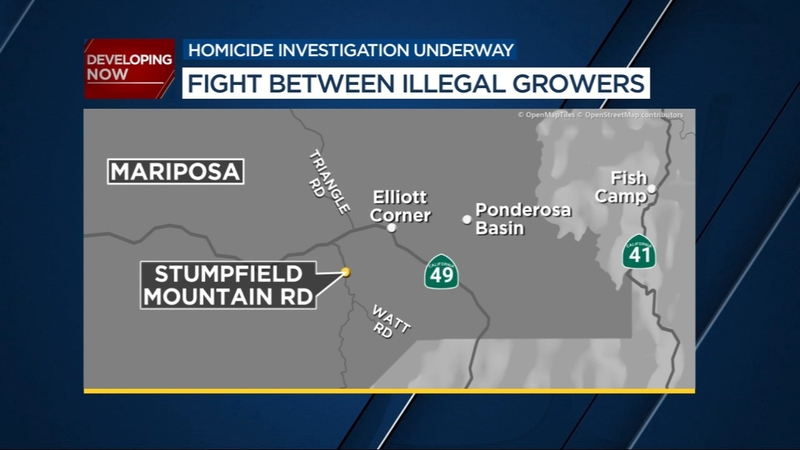 MARIPOSA COUNTY, Calif. (KFSN) -- Detectives arrested a 50-year-old man for murder after a deadly shooting during what authorities described as an altercation between illegal marijuana growers.

Investigators found one person dead at the scene.

The Mariposa County Sheriff's Office said Miguel Alcazar was taken into custody after arriving at a local hospital with gunshot wounds.

He was booked into the Mariposa County Adult Detention Facility on murder charges.

Investigators previously reported a third person had been shot during the dispute. But Thursday, deputies said that person was not injured.

The sheriff's office said it was the second illegal grow in the area that deputies have been called to where weapons have been involved.