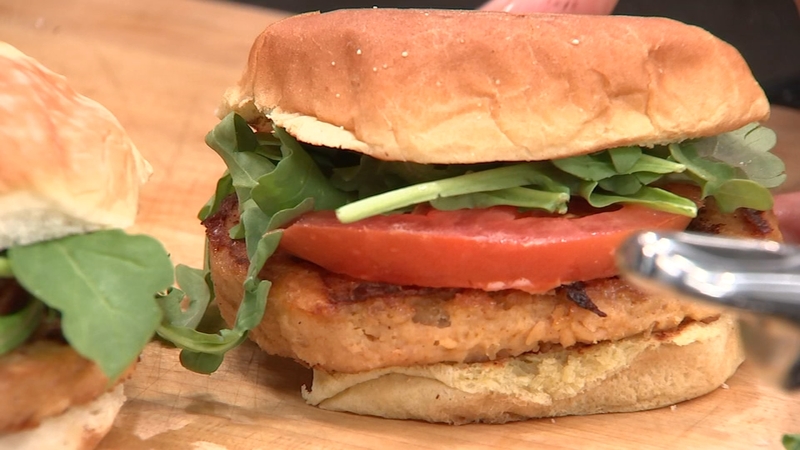 Restaurant chains like Burger King and even Giordano's have been adding plant-based items to their menu.

The new alternative meat choice has many people wondering whether the new diet is healthy or just a fad?

I-Team Consumer Investigator Samantha Chatman looked into what's really in the plant-based items and if it's healthy for you.

The answer to whether plant-based diets can really provide the nutrition people need might surprise you.

From Impossible burgers to Impossible pizzas, it seems more Americans than ever are opting for meat alternatives.

"One of the biggest reasons is the concern for the planet, which includes ourselves, and the health of the animals as well," said Before the Butcher founder, Danny O'Malley.

O'Malley specializes in chicken burgers, turkey burgers and beef burgers found at Mariano stores that imitate the animal protein, only without the meat.

He uses soy, peas, lentils, beans, quinoa and other plants and spices to achieve the tastes that are familiar to consumers.

The products are also gluten-free and non-gmo.

"They have a bite, chew and texture that's very similar to meat. They cook up just like meat as well," O'Malley said.

According to the Plant-Based Food Association, the plant based retail market is a $4.5 billion industry, with plant based food sales are up by 11 percent in the last year.

Kirsten Straughan, a nutritionist at the University of Illinois at Chicago said consumers should believe the hype.

"We know that the plant based diet, there's ample evidence of the health benefits. Decreasing risks of certain types of cancers, decreasing cardiovascular disease, decreasing risk of type 2 diabetes lower BMIs," Straughan said. "If we can decrease the amounts of those animal products and replace those with plant based foods, we're going to have better health outcomes."

When it comes to consumers concerns for the lack of protein, she said not to worry.

"We can absolutely include plant-based sources of protein and get ample amounts that we need," Straughan explained.

Straughan said plant-based diets are not to be confused with vegan diets. She said veganism is a lot more restrictive and excludes all forms of animal products.

"It doesn't have to be all or nothing," Straughan said. "You don't have to label yourself as a 'vegan.' Incorporate much more plant based foods and if you love bacon, it doesn't mean you can never have bacon again. Think of them as condiments, as small amounts."

Chefs like O'Malley are hoping to make the switch a bit easier for consumers by providing a smooth transition from hardy meats to a plant-based lifestyle.

Nutritionists say consumers still need to check the labels of meat-alternative items, because in some cases they can be highly processed, fatty and loaded with sodium.